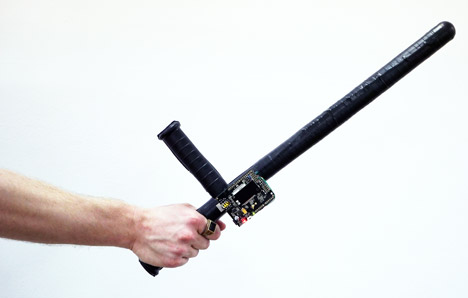 Russian artist Dmitry Morozov has designed a prototype truncheon that sends a text message to the police officer’s mother every time it is used, in an attempt to prevent police brutality (+ movie).

The Antenna baton is equipped with a network-connected module that sends the words “Mom, I hit a man” as an SMS message to the police officer’s mother whenever it is used.

Morozov’s concept works on the assumption that even the most aggressive people care about what their mothers think of their behaviour.

“As the standard methods of control are ineffective, this project suggests maternity as the last stronghold of human kindness and responsibility,” said the artist, who works under the alias ::vtol::.

Morozov developed the idea in response to the actions of police officers he had seen on television and social media. 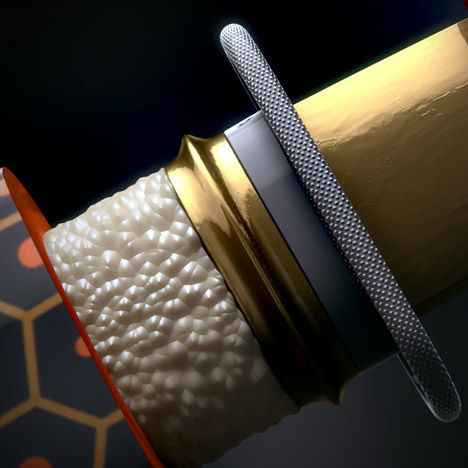 Police brutality has made international headlines over the past year, with officers accused of using excessive violence against protesters in locations including the UK, the USA and Hong Kong.

“I’m not an activist, but I do think art could help to stop it, or even just raise awareness through irony,” Morozov said.

His truncheon works using a piezoelectric element attached to the stick, which detects vibrations. When the baton strikes something or someone hard enough to make the signal jump over a pre-determined threshold, it is picked up by an Arduino board – a tiny computer made using open-source hardware.

The board is connected to a global system for mobile communications (GSM) module that sends the message to a fixed telephone number, which cannot be changed.

Morozov points out that the piezo element could be made smaller and hidden inside the stick.

The artist, who was reluctant to publish the project at first because it is not typical of his work, says reactions have been split, but feels it’s important to use art as a way to criticise society.

Design’s role in violence was highlighted with the arrival of the first working 3D-printed gun in 2013.

Paola Antonelli, senior curator of design at New York’s Museum of Modern Art, said the creation of the weapon upturned the notion of design as a force for good.

“I used to think of design as a benign force, but of course not all design is for the general good and we would be naive to believe so,” she said.