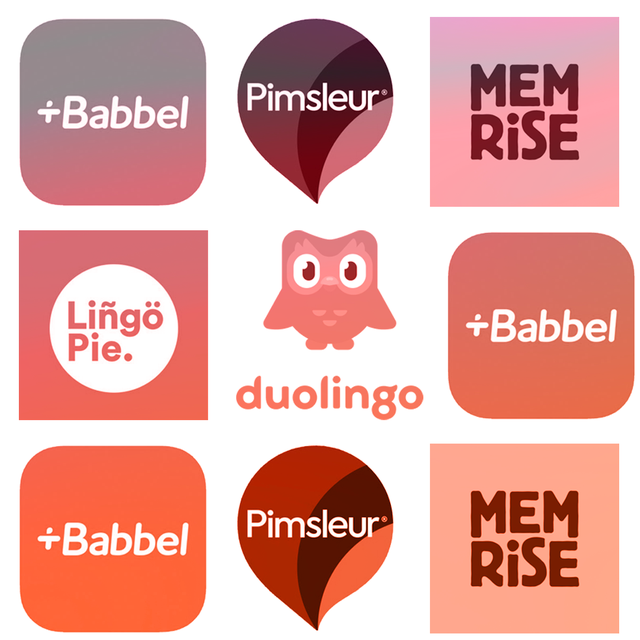 Spanish is one of the most commonly spoken languages in the world, with roughly 500 million people using the language globally. In the United States, 13% of the population speaks Spanish, making it the most common non-English language spoken by residents. And that percentage is only growing. Per Forbes, Spanish is expected to be spoken by one in three people in the U.S. by the year 2050.

There are so many benefits to picking up a new language. For kids, learning a second language can boost problem-solving, critical-thinking and listening skills, in addition to improving memory, concentration and the ability to multitask. Having a kid-friendly app is a great way to help them explore a dialect. For adults, fluency in Spanish in particular may increase your chances at landing certain jobs, not to mention expand your horizons into cultures different from your own.

Learning Spanish might seem like a daunting task, but there are ways to make it easier — in other words, there’s an app for that. Here, we round up the best apps to learn Spanish for both parents and kids. Nearly all the apps on here are free to download, but many require in-app purchases or monthly subscriptions to take full advantage of the offerings. However, there are a few that will give you a trial and/or limited features for free to try.

To dive even further into cultures that speak Spanish, check out Spanish-language movies, read a book by a Latinx author and listen to some Spanish and Latinx podcasts.

The game-like lessons and fun characters in the Duolingo app will help build a strong foundation in Spanish. The app will help you track your progress and set goals so that you can see just how much you’re learning even over a short period of time. There’s also Duolingo Kids for younger learners, which is also available for iOS and Android.

There’s a reason why Babbel is one of the most popular adult language-learning apps. It’s easy to use and surprisingly speedy at helping you embark on your Spanish-language journey. With Babbel, you learn with repetition and real-world conversational practice.

If you only have a few minutes to spare each day, Pimsleur is the way to go. Busy learners only need to log on for 30 minutes at a time to reap the benefits of this Spanish-language program.

Learn Spanish by watching television? Don’t mind if we do! With LingoPie, you can choose from a wide variety of Spanish programming, including comedies, telenovelas, sitcoms and more. Watch then follow up with comprehensive reviews and flashcards so you can absorb what you just watched.

From mastering the basics to achieving fluency, Busuu offers a comprehensive list of lessons to choose from on the app. You can go at your own pace or take one of the app’s accelerated courses.

The more you use Memrise, the more it’ll adapt to your way of learning by suggesting the most effective practice activities for you. Each course is taught by native speakers, so you know you’re learning the Spanish that people actually use IRL.

FluentU is great for adults who know the basics of Spanish but want to take it to the next level and really achieve fluency.

Watch a different Spanish-language movie every day and complete fun games and activities to test your comprehension. The stories tie in to current events, historical milestones, famous figures and more, for those who don’t respond as well to traditional learning drills.

FabuLingua takes children on a story-time adventure in Spanish and English. The interactive pages help kids follow along with games, songs and more. As your child learns, you can change the settings to keep the lessons engaging.

RELATED: 30 Best Spanish Books for Kids of Any Age

Inspired by the Montessori Method, Spanish School Bus combines music from Latin Grammy winners with lessons on words, counting, verbs and more. Don’t forget to check out the interactive flash cards, which will help reinforce the fun lessons.

With the help of the adorable Endless monster crew (the same group from Endless Reader and Endless Numbers), kids will learn Spanish through a series of exciting games and interactive puzzles. Two modes are available: Spanish immersion for native Spanish speakers and English/Spanish for Spanish with English translations.

Sing, dance and play along with Canticos, an Emmy-winning brand that aims to teach children a second language through games, read-alongs and more. Kids will love choosing their own path that will gradually introduce them to Spanish words and phrases.

It will be hard to resist logging on to play with the app’s main character, Studycat, because he’s just so adorable. Follow along with him to learn over 200 words and phrases with 70 lessons on a variety of topics.

Spanish for Kids with Stories on the Go by Gus

Spanish Safari uses interactive narratives designed for kids ages 3 to 9 years of age. Follow the friendly jungle characters as they use gradual immersion and repetition to help kids learn Spanish in a way that will stick.