(Pocket-lint) – Both the Insta360 Go 2 and DJI Action 2 caused quite a stir upon their releases. Not content with being just another GoPro competitor, both Insta360 and DJI gave their own spin on what an action camera should look like in modern times. In both cases, the answer was smaller, lighter and more modular.

While these cameras have a lot in common, there’s an ocean of differences too. So, which one should you pick up? Or should you just stick with the tried and true GoPro? Find out more below.

While we’ve already pointed out a number of similarities, aesthetically these two cameras couldn’t be more different. The Insta360 Go 2 is a white plastic pill-shaped device that’s smaller than the average thumb. The DJI Action 2, on the other hand, is a square aluminium affair. At first glance, it reminded us of the old GoPro Session but instead of being cube-shaped, it’s much slimmer in width.

Both cameras feel sturdy and dense in the hand, despite their diminutive weight. We’re sure both could take a beating, but we found ourselves being much more careful with the DJI camera due to the amount of glass and the aluminium housing, which is fairly easily scratched.

The lens on the Insta360 is easily replaced should it get damaged but the Action 2 is not user-serviceable. That said, both the Action 2’s touchscreen and lens are made from Gorilla Glass for increased durability – but as anyone who’s smashed their phone screen knows, it’s not indestructible.

If you’re less worried about durability, the DJI Action 2 feels like a more premium device, the cold-to-the-touch aluminium and minimal aesthetic reminded us more of an Apple product than the usual rubbery plastic housing of a GoPro.

Both devices are waterproof but the Action 2 wins when it comes to submersible depth. This is likely due to the non-replaceable lens cover allowing for a more water-tight seal than that of the Go 2. In both cases, only the camera unit itself is safe to submerge, although underwater housings are available for the Action 2 with its extra module attached.

If you need the best image quality possible then there is a clear winner here, the Action 2 can shoot at 4K in a wide variety of frame rates whereas the Insta360 is limited to a maximum of 50fps at 1440p. Both offer slow-motion recording but the DJI comes out on top here too, capable of a staggering 4K 120fps compared to the Go 2’s 1080p 120fps.

Action cameras typically have a very wide field of view to ensure that you capture all of the action, and that is true of both of these cameras. The way in which they are configured, however, is quite different.

With the Action 2, choosing a FOV is done much in the same way as with a GoPro – you can choose between Standard (dewarped), Wide (fisheye) and Ultra-wide (similar to SuperView). The Ultra-wide setting is probably the widest we have ever seen from an action camera and gives an interesting distorted perspective with less barrel distortion than you might expect.

We love the Action 2’s Ultra-wide FOV but can see it being too much for a lot of situations as it can make subjects seem much further away than they actually are. Still, it’s nice to have and you can always switch to Wide for a more typical action camera look.

The Insta360 Go 2 handles things very differently. The camera records a square spherical image and the FOV and aspect ratio are chosen after recording on either the smartphone app or desktop software. We really enjoyed working this way as you can just hit record out in the field and choose whichever FOV looks best after the fact. The recording can even be rotated in the app, allowing you to create some trippy Inception-style camera spins.

Both cameras initially launched with 32GB of built-in storage, but Insta360 has since released a 64GB version of the Go 2. In both cases, you can’t use the entirety of the built-in storage for your videos as some space is taken up by the camera’s operating system. Insta360 does less onboard processing and this allows for more of the space to be used for storage.

If you use the Action 2 with either the battery or front-screen module, an SD card can be added to boost storage, but used on its own you’ll be limited to a measly 22.4GB of usable space. Once the module is attached you can easily transfer your clips to the SD card, it takes a little longer than we would like, though.

On the 64GB Insta360 Go 2 that we tested, you get 57GB of usable space on the camera itself. This is much more manageable, especially since the camera records at a lower resolution. However, if you run out of space you’ll need to transfer clips to either a phone or computer via USB or Wi-Fi – there’s not currently an option to offload to an SD card.

When it comes to image stabilisation, both of these cameras do an incredible job. In our testing, the Go 2 did a slightly better job of stabilising the image, particularly in low light, but both stabilisation modes are fantastic.

On the horizon levelling setting, both cameras can be rotated 360-degrees while maintaining a steady lock on the horizon. Compared to the GoPro Hero 10 Black that maxes out at 45-degrees, this is seriously impressive. It must be noted that DJI only supports this horizon stabilisation in resolutions below 4K and at less than 100fps

The Insta360 handles stabilisation in the same way as FOV, letting you choose your stabilisation type afterwards in the app, whereas the DJI will need to be selected before recording.

In real-world usage, both cameras net you about 20-30 minutes of battery life as a standalone unit. That’s why they both rely on modules to charge on the go.

The Insta360 has an AirPods-style charging case that doubles as a wireless remote and mini tripod, it’s an ingenious design that’s super convenient when shooting.

The DJI has clip-on modules to give you the extra juice, they come in two flavours – either adding a front-facing touch screen or a simple battery module. Both models add SD card support and a USB-C connector when attached.

The Insta360 Go 2 can be had for significantly less money than the DJI Action 2, especially if you opt for the dual-screen combo. That said, the Go 2 doesn’t have a screen at all, so it’s easy to see where the extra cost comes in.

The Insta360 Go 2 can often be found on sale as it has been out for longer, hopefully, we’ll see the Action 2 start to come down in price in the coming months too.

There are loads of things to love about both of these cameras, we’re excited that brands like these are daring to go against the grain with new and unique designs for action cameras. Both are compatible with existing GoPro accessories, traditional tripods and also add new and exciting mounts like the magnetic pendants.

If you need the highest possible image quality then the DJI Action 2 is the obvious choice here, offering far superior image fidelity than the Go 2 can achieve. However, when it comes to durability and convenience, we think the Insta360 Go 2 takes the win. 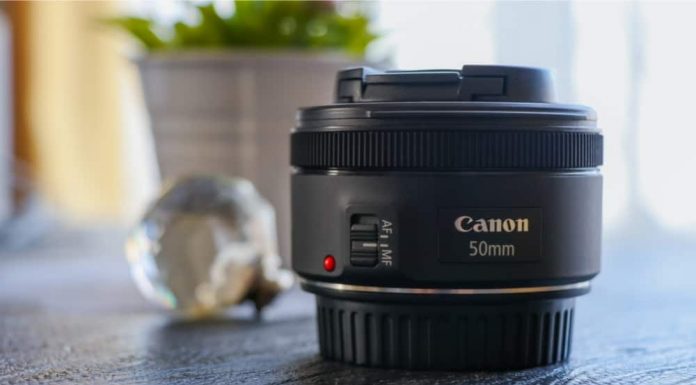