(Pocket-lint) – DJI is more than just a drone company. It’s a camera company, as it’s proven with the launch of several gimbals and handheld products of all sizes and shapes. It even got involved in the action camera market with the Osmo Action in 2018.

Since then though the manufacturer hasn’t done all that much in GoPro’s territory. Perhaps realising it couldn’t compete by offering essentially the same camera in the same form factor as the market leader. So it ripped up the rule book and started again with something completely different.

It’s hip to be square

Think ‘action camera’ and it’s likely you have a picture in your mind of a rectangular camera that’s compact, with a lens in one corner and a little screen in the other. DJI’s new Action 2 is nothing like that. Instead, it’s completely square, with a large, round camera lens on the front and a touchscreen on the back.

It’s almost like someone took a square cookie cutter, stamped out the camera part of a GoPro and left the rest. Describing it that way would be doing a disservice to the fit and finish though. There’s something very elegant and purposeful about the way DJI has designed its latest action camera.

There’s no plastic anywhere to be seen. The frame is made from a grey anodised aluminium, as is the front panel surrounding the glass lens. The screen on the back is covered in glass. In the hand it feels really solid, and DJI has built it to be drop-proof as well as dust and water proof. And in an effort to make it seamless – and to seal the entire body – there are no real inputs, ports or holes anywhere except for a couple of small grooves where various mounts and mods grip on.

The only physical button is the multifunction button on the top of the body. This is used for powering the unit on or off, or starting and stopping recording. There’s no USB-C port, and no microSD card slot on the actual camera unit. However, there is a charging/data transfer point on the base with five contact points. This is your first hint at its modular capability.

It’s completely proprietary, so that essentially means the only way to charge the camera is to snap it onto either the power mod or display mod. Both of those mods have a built-in battery, plus USB-C and microSD ports. This also means that if you want to manually transfer footage from the built-in storage or use the camera as webcam, you’ll need a mod attached.

Thankfully, you’re guaranteed to have one of those in your kit if you buy one, because DJI will either sell you a Power Combo or Display Combo (the latter more expensive than the former).

The actual method of snapping on mods and mounts is actually quite clever. Strong magnets within the bodies of the mods snap onto each other. And – for mods like the power and display mods – there are little arms/catches that lock in place on the camera body to ensure the fit is secure.

For basic functionality, the single button approach is simple. Just one button to power it on and start capturing. However, if you want to change any settings you either have to navigate the tiny touchscreen – which can be fiddly – or connect the camera to your smartphone and use the DJI Mimo app.

As mentioned, the entire mounting system for the Action 2 is built on the foundation of magnets. The key mods are the Front Touchscreen Module and the Power Module, and you’ll get one of these with your camera depending on which combo you buy.

The first of those features a touchscreen just like the one on the back of the camera itself. Except the screen faces forwards when attached, so you can see yourself when recording bits to camera. It also features a 1300mAh battery that – when attached to the camera – will keep it topped up.

The Power Module is the same size and shape as the Touchscreen Module, but just doesn’t have a screen on it. It also features a 1300mAh battery.

Along with either of those two mods in the box, you get a magnetic grip with a ball joint and a mounting screw for universal tripod attachment, plus a lanyard attachment. You can either hang this loosely around your neck, hanging over your shirt/top, or have the magnetic lanyard bit behind your shirt and the camera attached to the outside, with the magnets holding it in place.

Various other accessories are available too, including a mini tripod stand with an extending arm and a physical remote control you link to the camera. Plus, there’s a head strap for mounting it to your forehead or a standard mini extending tripod/handle and a floating handle. The latter is designed to float – just in case you drop it in water – and has a bright orange base to make it easy to spot.

DJI’s latest compact camera unit features a 1/1.7-inch 12-megapixel sensor which promises to deliver strong low light performance. But, while it can obviously take photos, it’s in the area of video it has the most appeal.

The Action 2 can film in 4K resolution at frame rates up to 120 frames per second. There aren’t many compact action cameras or even smartphones able to reach those sorts of levels of frame rate and resolution. That should enable you to get lovely slow motion footage that’s also very sharp. You don’t have to switch down to 1080p to get more than 60fps for once.

However, if you are happy to drop down to full HD resolution, you can crank the frame rate all the way up to 240fps, to get even slower footage.

We’ve only tested it a little so far, but the footage that comes out of seems strong in good daylight. That’s part in thanks to the processing of light and colour, but also down to the advanced algorithms that take care of stabilisation and horizon levelling. So if you wear it while running, walking, cycling or whatever, the end result is smooth footage without any juddering you’d get from shooting without stabilisation. Low light footage can get quite noisy, however.

What’s more, there’s an accelerometer inside that can flip the footage around if you’re needing to shoot with the camera ‘upside down’. For instance, when you have it attached to the lanyard at your chest.

Other features and performance

Once you’ve shot your footage you have a couple of different ways to gain access to your footage. You can use the Mimo app and connect via Wi-Fi to your camera and import it to your phone, using the app to edit and adjust it. Your other option is to manually drag and drop the footage from the camera to a computer.

Now, of course, in order to do this you need to attach either the power or touchscreen module so that you can then plug a USB-C cable into the port. Again, the main camera unit doesn’t have one. Similarly, if you want to expand beyong the minimal 24GB available storage to record onto a microSD card, you’ll need a module.

As far as transferring speeds go. Wired or wireless transfer is relatively quick, with the camera able to use both 2.4GHz and 5GHz Wi-Fi frequencies. Battery life seems just ‘ok’ so far. We nearly drained it full after about 25 minutes capturing 4K footage. DJI claims up to 70 minutes is possible, but we suspect that’s at full HD resolution with none of the advanced stablisation features enabled.

As we hinted near the beginning, the Action 2 can be used as a webcam. The idea being that not only can this be your action camera, but can also be hooked up to your desktop at home to use it on one of your many, many Zoom calls.

DJI’s Action 2 has taken things in a different direction compared to its first action camera. It’s nothing like a GoPro and – instead – introduces a premium metal build and a clevel modular design. It’s not cheap though, and the fact you have to snap on a module to get achieve basic tasks like expanding storage and transferring files manually means it may not end up being the most intuitive system in the world. 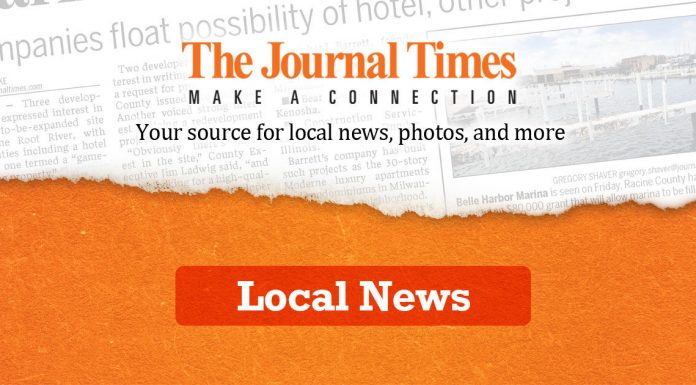