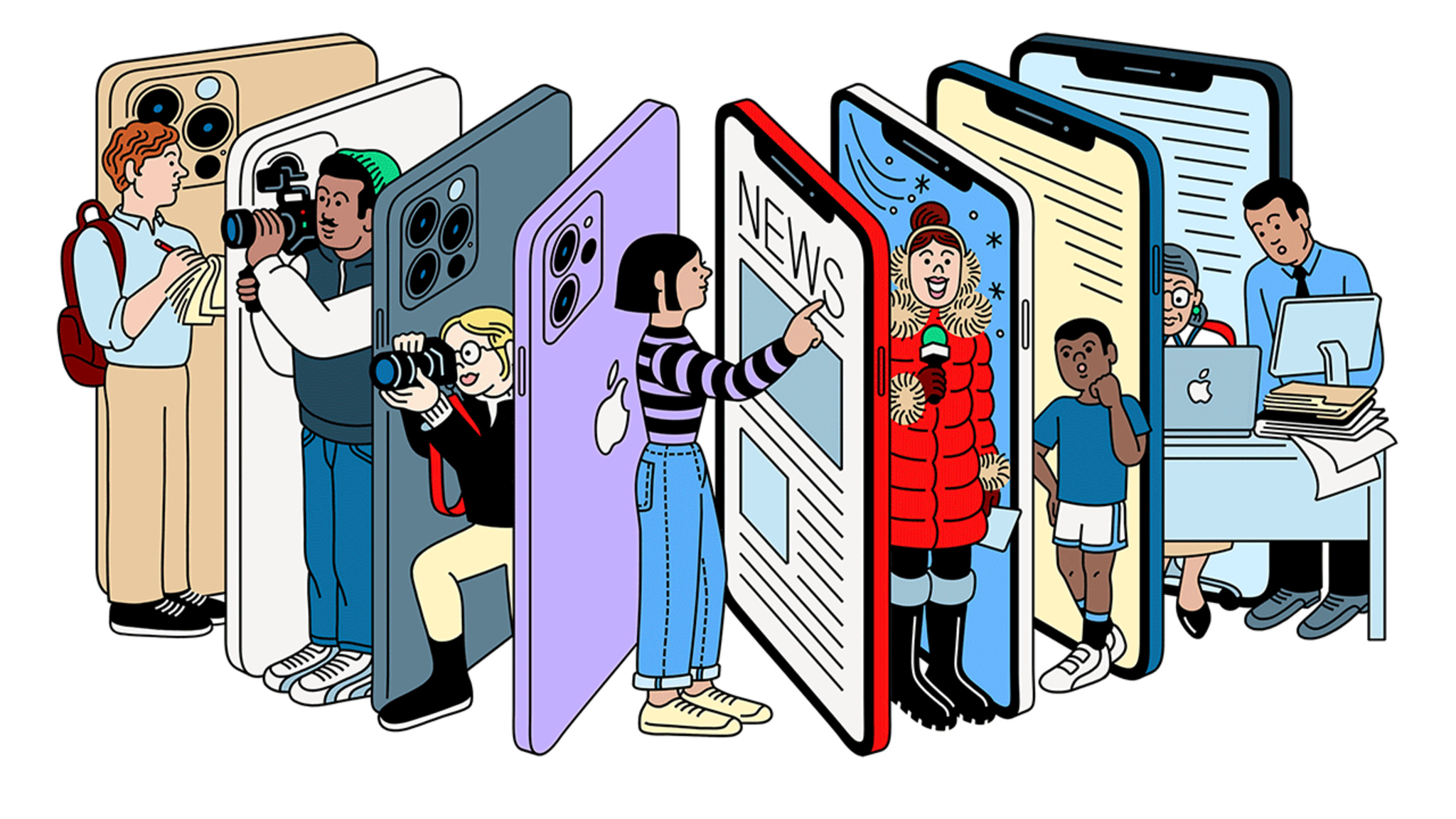 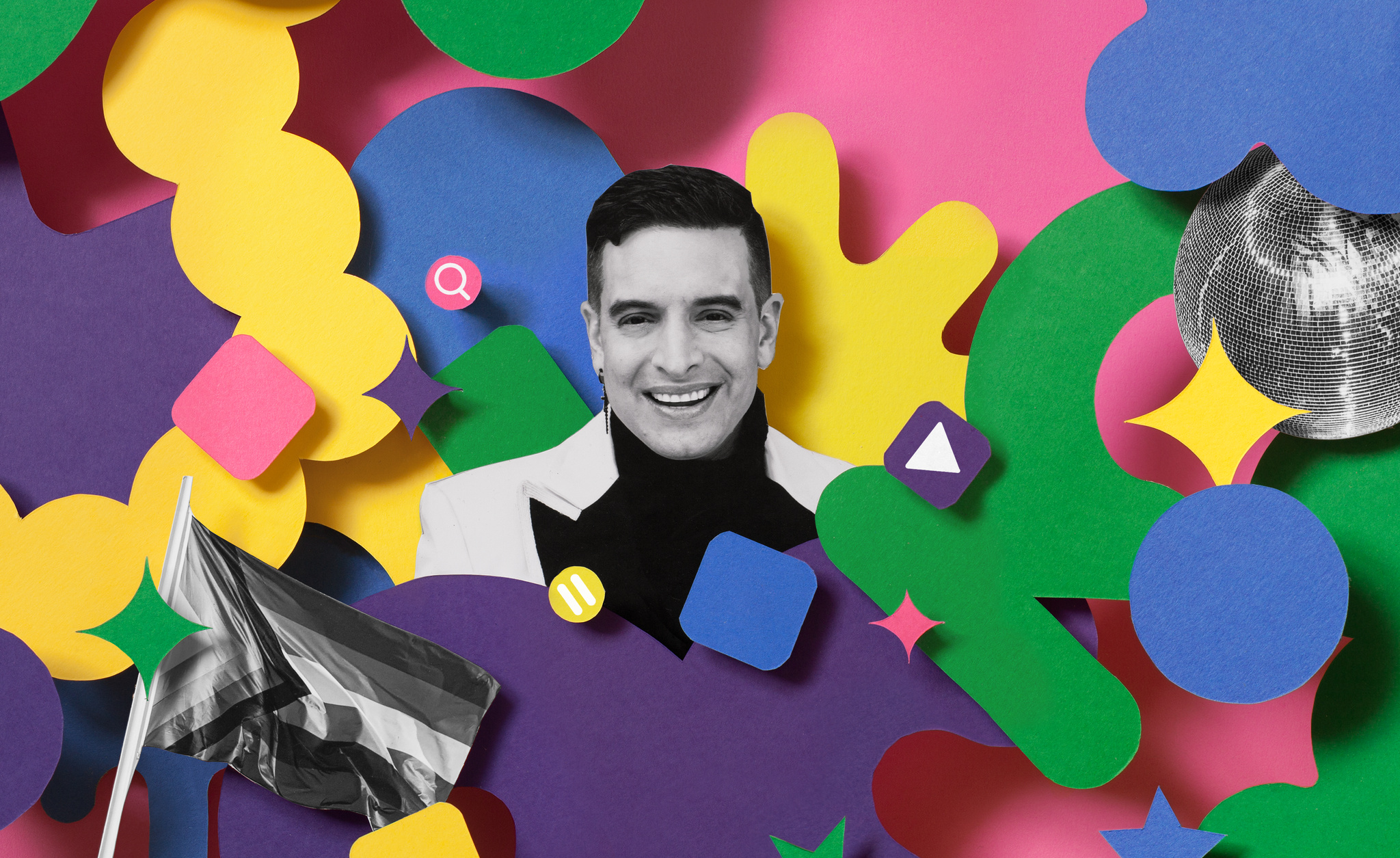 In five years, Revry has gone from an idea among friends to the biggest LGBTQ+ streaming service on the App Store, with a huge library of original movies, shows, music, and podcasts — and it’s growing by the day.

Founded in 2016 by Damian Pelliccione, Alia Daniels, LaShawn McGhee, and Christopher Rodriguez, Revry began as a bare-bones operation but is expanding quickly. In the past 18 months alone, the team has doubled in size to 30 employees.

We caught up with Pelliccione on the set of House of Pride, the app’s new variety show, to talk about the power of street marketing and what true representation looks like. 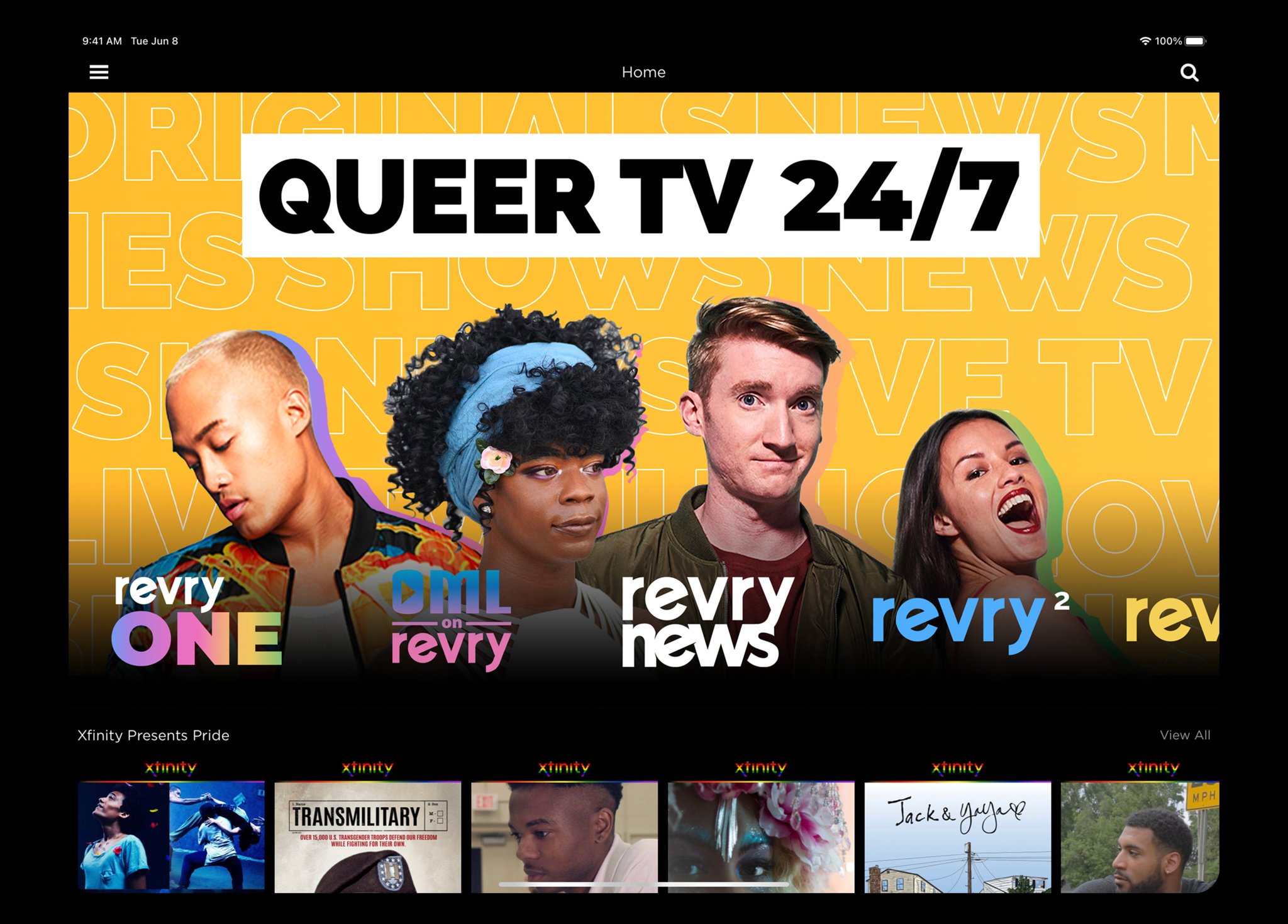 Revry is now an industry leader in LGBTQ+ media, but in the early days, how did you get the word out?
Before we launched, we hit the streets in San Francisco the Saturday before Pride; we had printed T-shirts and obnoxious giant flyers, and we were going around demoing the app. We weren’t the best at it, but people would ask us, “Are you in street marketing?” and I’d say, “No, I’m the CEO, that’s the CBO, that’s our CFO.” By the end of the weekend we had done interviews with Macworld and Oakland TV.

How do you find new talent and content to grow Revry’s library?
We’ve traveled to film fests from Brazil to Israel to Mumbai; we scour YouTube for great videos we want to license. Right now I’m walking around the soundstage of our variety show in L.A.; we’ve got 25 influencers and musicians and comedians and drag queens.

Can you tell us about the team behind Revry?
We represent so many communities: immigrants, nonbinary people, Hispanic people, African Americans, LGBTQ+, veterans. I’m proud to say that over 65 percent of our staff are people of color, and almost 70 percent are women. In the special I’m working on today, our director is female, and our producer is a trans male. That’s not forced — that’s organic. This is what representation looks like, and it starts with ownership and it starts with leadership. 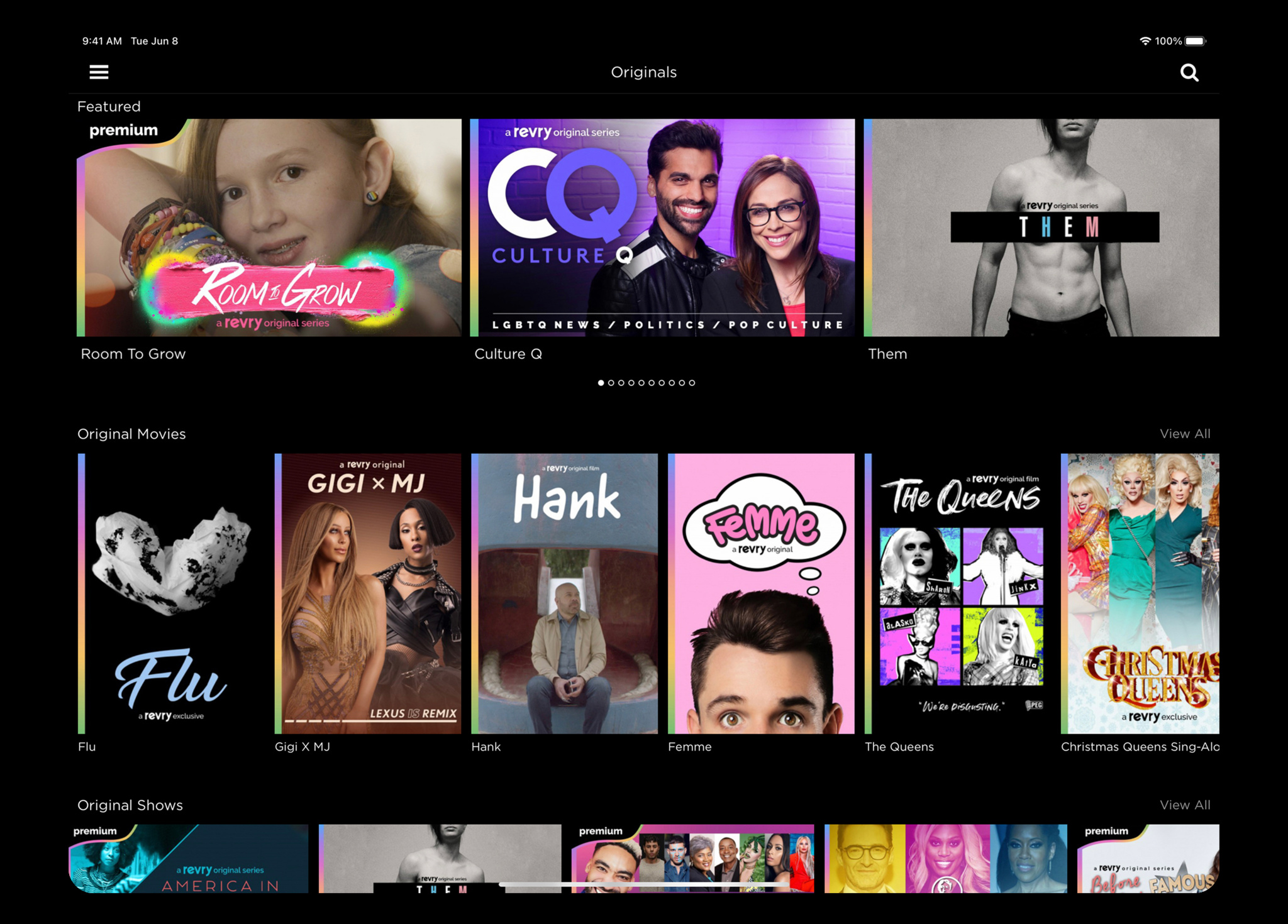 What advice would you give to other aspiring entrepreneurs?
Fail fast and learn big. Those failings are your school — that’s life teaching you how to succeed. When you’re ready to receive the world, the world will be there to give itself to you.

What’s been your most inspiring moment?
I still have a letter from a queer kid in Saudi Arabia who wrote to say, “I identify as gay, and I never knew this community existed until I downloaded your app. For the first time in my life, I saw myself represented.” That’s not the last letter we’ve gotten like that, but it was the first. It’s framed and on a coffee table in my office. That’s my inspiration for going to work; it’s like winning an Academy Award over and over and over again.