Noted TF Securities analyst Ming-Chi Kuo weighed in on “Apple Car” on Monday, saying Apple will work in close cooperation with Hyundai on an initial model that could lead to new vehicles built in association with General Motors and European manufacturer PSA.

In a note to investors, Kuo corroborated recent reports of a potential partnership with Hyundai, saying the first “Apple Car” will be built on that company’s E-GMP electric vehicle platform. Hyundai Mobis is taking the lead in component design and production, while Hyundai subsidiary Kia will handle production in the U.S.

Unveiled in December, E-GMP is a dedicated battery electric vehicle (BEV) platform that consists of up to two motors, five-link rear suspension, integrated drive axle, battery cells, charging system and other rolling chassis components. According to the company, the system has a maximum range of about 310 miles on a full charge and be charged up to 80% within 18 minutes. Acceleration for a “high performance” configuration is quoted at 0-60 mph in less than 3.5 seconds, with a speed ceiling of 160 mph.

Hyundai intends to use E-GMP as a foundation for a variety of models set to debut under both its flagship and Kia brands this year.

Like past rumors, Kuo believes Apple will farm out parts manufacturing and assembly to established automakers. EVs contain about 40 to 50 times more parts than a smartphone, the analyst points out, suggesting Apple will need to rely on existing automaker resources if it hopes to create a functional car on time. The tech giant will not be able to build out its own automotive supply chain — as it has done for devices like iPhone, iPad and Apple Watch — without incurring significant delays.

Given a longer development lead time, higher validation requirements, more complex supply chain and “very different” sales and after-sales service, Kuo does not anticipate a so-called “Apple Car” to hit roads until 2025 at the earliest. That date is still considered aggressive for a tech company making its first foray into a new industry.

Apple will likely market the vehicle as a “very high-end” model, or “significantly higher” than a standard electric vehicle.

If the first “Apple Car” proves successful, Apple could court regional partners in GM and PSA, the latter of which produces cars under a variety of marques including Peugeot, Citron, and Opel.

Kuo’s predictions arrive amid a flurry of “Apple Car” gossip. In early January, Hyundai confirmed — but subsequently walked back — reports that it was in negotiations to produce Apple’s long-rumored automotive project. Most recently, a report last week claims executives at the South Korean automaker are deliberating whether a collaboration with the world’s largest tech company would be good for business. 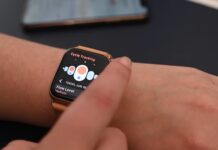 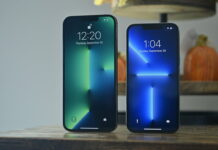 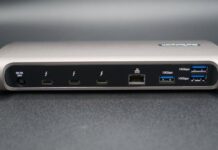