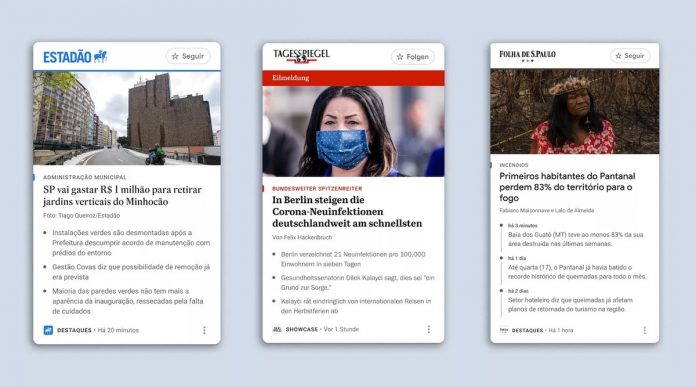 The search giant first announced that it was developing a “new news experience” over the summer, suggesting that it will pay publishers and media outlets to license content. In a blog post on Oct. 1, Google and Alphabet CEO Sundar Pichai said that the company will pay publishers more than $1 billion over a three year period to “create and curate high-quality content” for Google News Showcase.

Google News Showcase will first launch in Brazil and Germany, and will be available initially on Android before launching on iOS.

The showcase will sport a new set of features aimed at guiding readers to higher-quality journalism and overall information, including the ability for publishers to package stories with greater context and elements like timelines and video briefings.

Alongside those elements, Google is also offering free access to select paywalled content in the hopes that readers will one day subscribe to a media outlet. Users will also be able to customize their feed by following specific publishers.

Compared to previous efforts to highlight high-quality journalism, Google News Showcase will rely much more heavily on human curation and the editorial decisions of publishers. While Panels will still surface based on Google algorithms, publishers will be curating the content featured within them.

The showcase also helps deal with some of the complaints publishers have had with news curating services like Facebook and Google. Google News Showcase panels link directly to a publisher website, mitigating some of the hit to monetization.