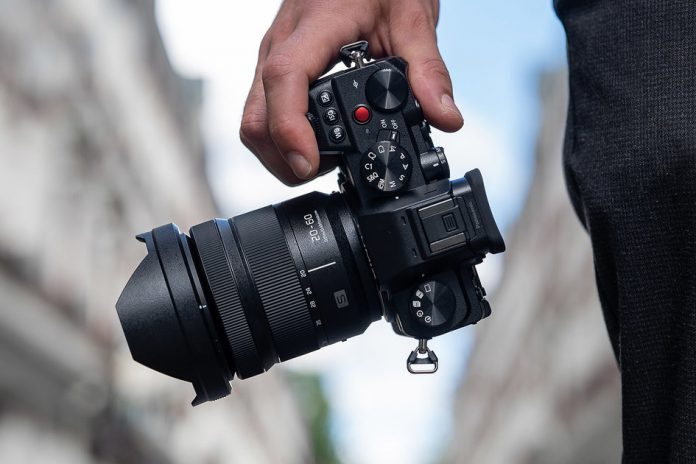 With the video market getting ever more competitive, does the Lumix S5 hit all the right notes? Here’s everything you need to know about this camera.

There’s no getting around the fact the original Lumix S1 was and is a big camera. The Lumix S5 is a whole other prospect: indeed its dimensions make its body smaller than the Lumix GH5. That’s an impressive feat considering the S5 has a full-frame sensor, the GH5 a far smaller Micro Four Thirds one.

That sensor, we hasten to point out, is the very same 24.2-megapixel one as found in the Lumix S1H – a camera with high-end video aspirations and a much larger price point than the S5. A lot of the video features are shared between both cameras – which we’ll come to in a moment.

Other headline S5 specs include an LCD screen that’s vari-angle bracket mounted, to aid with waist-level and overhead work. The integrated electronic viewfinder, meanwhile, is a high-resolution (2,360k-dot) OLED panel with magnification (0.74x) to ensure its view onto the world is large scale.

The S5’s body is both dust- and splash-resistant thanks to seals throughout the magnesium alloy construction. It’s not too heavy for what it is either, at 714g for the body alone. Add a lens, however, and that weight will inevitably shoot upwards.

The lens mount is none other than the L-mount, as used by Leica, and is an undeniably large opening. All the better, then, that Panasonic has managed to get the S5’s overall body size down so considerably.

A big sell of any camera these days is related to its video feature set. And the Lumix S5 really isn’t holding back here. There’s no other full-frame mirrorless camera at this price point that offers 4K capture at 60fps (well, not yet anyway; there are certainly pricier models that do though!).

It’s got an impressive array of options – including Anamorphic 4K, designed for use with S35mm lenses (4 Perf meaning no crop for those) – and can even record without limitation. Well, depending on the mode. Here’s a quick breakdown of the key 4K options, bitrates, subsampling, frame-rates, crop ratio.

Panasonic is also pushing the continuous capture option hard in the S5. Understandably, as many competitors will overheat mid shoot. The Lumix S5 is designed to operate up to 40C (104F) non-stop thanks to a thermal design.

Elsewhere there’s V-Log as standard (no extra cost, unlike the Lumix S1H), a 3.5mm jack for audio, and dual native ISO switching (for cleaner capture in dark conditions – although this can’t be set manually, it auto-activates in the S5).

One thing the S5 introduces that’s different from its S series cousins is a reworked autofocus system. Panasonic says it’s built the algorithm from the ground up this time – and that this software will roll out to the S1 and S1H sometime in 2020.

The S5’s sensor still uses a contrast-detection system and depth from defocus (DFD) technology, but it’s now more astute when it comes to identifying subject types and locking onto moving subjects, so Panasonic claims.

The original face and eye detection can now recognise heads – so when a face turns the AF system will continue – and full body detection too.

Pros might be running a rig and using manual focus anyway. If you are using an off-camera screen then you won’t get full benefit of the sensor’s refresh rate, as the HDMI out will override at 60Hz (hence manual focus pulling being most logical here).

Not that it’s just about video capture. All of this is useful for stills photography too – something the S5 still ought to excel at, given its tried and tested sensor.

And if the 24.2 megapixel resolution doesn’t sound like quite enough for you then there’s the option for 96MP using the High-Res Mode. This uses the image stabilisation system to move the sensor to utilise the resolution approximately four times over.

Speaking of which, the built-in sensor-based image stabilisation can cater for 6.5 stops of stabilisation, Panasonic claims.

We’ve touched on price but without saying just how much you’ll have to pay up to this point. In the UK, the S5 will cost £1,799/$1,999 body-only, while a 20-60mm lens version will have a £1,999/$2,299 asking price. Of course we’re still talking thousands, but that’s a whole lot less than the other S series models – and there’s not a lot missing. Granted, the S1H gives more when it comes to continuous recording.

If all this sounds tempting, you needn’t wait long: the Panasonic Lumix S5 will go on sale the same month as its announcement, with mid-end September shipping the current expectation.