Photography from the American West never fails to interest us. It’s the dawn of the camera, and photos from that era showcase a world that we think we know, from films, books and games, but which is often hugely surprising in the details.

We’ve gathered another amazing slate of images from the US National Archive, showcasing what life was really like back then, in a time when there was no such thing as an easy day.

We open with this lovely family portrait, taken in New Mexico in 1895, which shows off a lovely range of clothing and styles, all with that textbook seriousness that posed photos from this era so often showcase. This is a big family group, in front of their log cabin.

By contrast, this family is a far smaller one, and you get the sense that their means are similarly reduced in comparison. You can see their homestead in the background, and it looks modest to say the least, although the presence of some horses holds some faint promise for them.

If you want to get a sense for how difficult work could be under the hot sun of Oklahoma, check out some the expressions these women are wearing. From fatigue to sardonic, these cherry-pickers look about as tired as we imagine they feel.

Fruit picking was a common job, though, and sadly could be done pretty effectively by the child labour that was still extremely common at the turn of the century. There’s something cute about the little trolley being used, but there’s nothing fun about that work.

We think this a stunning bit of photography, regardless of its age. In the foreground this cowboy readies his lasso for a day’s work, but waits for a signal from his fellow herdsman, who you’ll spot on the far horizon, on the other side of the herd. It’s a beautiful bit of mirroring.

This view from a distance showcases how busy an environment could be in the West when tracks were being laid and settlements prepared. In one frame you have people, horses, carriages and a train all working together to clear the land.

This shot, meanwhile, is an apt reminder of how pristine the unspoiled landscape could be. Whoever lived in the ranch on the right of the frame, whatever their troubles, the natural beauty all around them must have provided some measure of comfort each day.

But those modes of living could be seriously tough, as show by these trappers, whose haul of raccoon pelts might fetch a price, but wouldn’t offer enough to upgrade what is a fairly ramshackle dwelling. At least they’ve got some canine companionship.

If farming was the route for you, hard work lay in that direction, too – this farmer is turning the first sods in his field, with the help of a team of horses, but there’s no escaping how backbreaking it looks. Still, he’s got plenty more to get through.

If you want a portrait of the isolation that the West could mean,  check out this house on the edge of nothing at all, complete with porch and chimney stack. Yet it also shows how quaint and free it could be – a young girl helping to feed the chickens, with a young calf stood by. It’s a lovely domestic scene.

Of course, the West wasn’t just an amorphous bit of land – it’s more of time period, and geographically it certainly included the West Coast, as shown by this small village, which you might think was from Scandinavia, but is actually in the San Francisco Bay.

And, moving to San Francisco itself, this mean that maritime travel and trade  was still huge, using ships that might seem anachronistic compared to the modernity of the railway, but were very much in widespread use.

Indeed, the seafood that still litter America’s coastlines already popping up – if you think you like sardines, check out this view of the day’s trading in Monterey (now the site of a superb Aquarium and research unit).

Away from the coast, though, the world was changing rapidly as industrialisation loomed, and America’s natural resources were some of the driving factors behind people populating the frontier. This mining town shows the sort of community that could spring up around a trove of resources.

And, from a different type of angle, you can get a sense for how drastic the impact was on natural environments immediately. It’s odd to see this sort of change made stark even over a hundred years ago, as it’s the sort of image we’re more used to seeing in modern settings.

Working in the dark

Of course, back then this mining wasn’t being done by huge machines and sophisticated supply chains. This was human work, and this picture shows just how torrid the working conditions were.

Here we see another type of environmental impact, this time of deforestation rather than mining. Again, it’s shocking to see this scale of natural disruption so many years before concern about this sort of thing became a popular movement.

You might imagine that panoramic photography is necessarily a recent invention, but this picture proves otherwise, taken in Arizona in either 1899 or 1898. It’s another view of a huge mine, with the full impact on its area laid bare.

Of course, while that might be a compelling set of images of the huge impact humans were already having on the landscape in America, we return to the individual viewpoint to close out this gallery. Here you can see a lone prospector sifting for gold – a reminder of the hopes and dreams that drew so many people to the West in the first place. 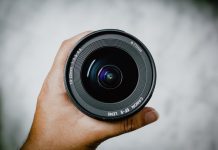 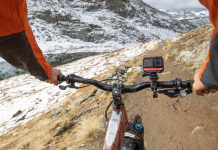 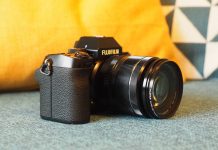 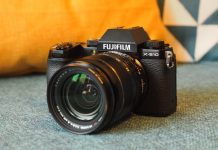 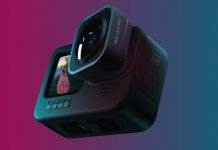 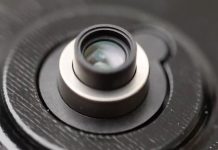 Which GoPro should you buy today for a hol