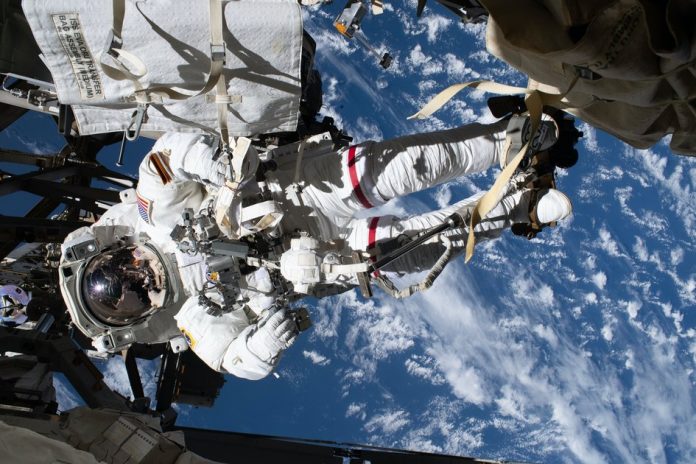 Space. There aren’t many things like it to set the imagination alight, and get the heart racing. Whether it’s from influential science fiction behemoths like the Star Wars franchise or from movies that set their stall out a bit closer to reality, like Gravity and First Man, we’re fascinated by life in orbit.

But the fact of the matter is that the vast majority of us are never going to have the chance to experience time in space for ourselves. Whether that’s because space tourism is still only slowly becoming a thing, and is still cripplingly expensive, or because we just didn’t do outstandingly enough at our science subjects at school, it’s worth accepting.

It’s great news, then, that agencies like NASA aren’t just interested in exploring space and documenting it for research purposes – there are also troves of jaw-dropping photographs being taken from orbit. These images do an amazing job of showing us what it’s like to be up there in the great expanse.

We’ve gathered 15 amazing shots that NASA has made public, taken aboard the International Space Station (ISS) for your viewing pleasure.

A view inside the ISS

We’re starting off inside the space station, with a shot that we think gives you a great sense for how cramped it can be within its confines. Jessica Meir, one of NASA’s astronauts, is working in the airlock to get some spacesuits ready for use on spacewalks.

You can see from her floating laptop and the equipment all over the place that it must be easy to lose track of items while you’re up there!

Getting ready for a spacewalk

Here Jessica Meir is joined by another NASA astronaut, Christina Koch, as the preparations continue for a spacewalk that they’re going to do in order to install some new batteries on the exterior of the station.

We like this shot because it gives you a sense for how big the suits are, relative to their occupants, and how that must impact on an astronaut’s ability to maneuver easily.

Here, in our last picture from inside the station, we see Luca Parmitano from the European Space Agency doing checks on his spacesuit and that of a NASA astronaut before a spacewalk of their own. It serves to underline how important these checks and processes are to ensure that nothing goes wrong once outside the airlock at the mercy of space itself.

Now we’re outside, as you can tell – Parmitano is getting going on his tasks, all the while tethered by that thin, almost imperceptible wire at the bottom left of the frame. It’s borderline scary, no?

Here’s a more zoomed-in look at Parmitano as he works, letting you get a sense for how much equipment he has hooked to him and how difficult it must be to move around the outside of the station in any sort of an efficient manner.

This is just one snapshot from a spacewalk that lasted over 6 hours in total.

The tools of the trade

This shot is amazing on a few levels – from the reflection in Jessica Meir’s helmet showing Christina Kock in the act of taking the photo, to the close-up details you can see in the bottom left of the frame.

This helps you get a handle on how massive and clumsy the gloves they have to wear are, and how supersized the tools they use have to be both to work with the gloves and to cope with the conditions they’re in.

A long way down

It’s possible to forget, looking at the shots we’ve shown so far, that these spacewalks aren’t just happening in an empty void – Earth is just out of shot, with the impossible height and scale that comes with it.

This photograph perfectly captures that distinction, showing NASA’s Andrew Morgan in the foreground, with all the tethers keeping him safely in place, while behind him you can see ocean and clouds an insane distance away.

Portrait of a photographer

This shot of Andrew Morgan is a fun one for a few reasons, not least because it captures him in the moment of photography, and you can see through the surface of his helmet through to his face.

The lens flare next to him adds a filmic touch to things, while the glow of the sun just off frame at the bottom lends dramatic lighting to it all. It’s a unique perspective on things at the ISS.

Again, though, it’s good to get some context. Zooming out from Parmitano we can see the robotic arm he’s attached to, which looks fragile enough to give us palpitations down at ground level. Behind and beyond him is the pitch black yawn of space itself.

This is a great shot for illustrating just how much contrast there is up there. You don’t get blacker blacks than this, but the white on the top of Parmitano’s helmet is also about as pure as it gets.

Astronauts are endlessly interesting figures, but it’s also fair to say that the ISS itself is a bit of a marvel to photograph. Those solar fins are just iconic, while we have it on good authority that the little pod at the top right corner of the frame is called a cupola, with an astronaut very possiby inside it.

If you wanted some more context, each other solar arrays is bigger than a tennis court by a decent distance. We’re not looking at some rinky-dink space station, here.

This is another shot that we think speaks for itself. We get another look at the massive solar arrays from a different angle, while down on Earth sunrise is glinting over the Philippine Sea.

It’s a gorgeous piece of photography, and the orange glow of the sun’s rays hitting the solar panels makes a marvellous accompaniment to the sun hitting the ocean far below.

Night offers just as impressive a set of views down to Earth, though, and this shot of South Korean metropoles lit up at night is beautiful. In the back of the photo you can even make out ships’ lights in the Sea of Japan, while the nexus of light in the centre-right is South Korea’s capital, Seoul.

It’s a reminder of just how awesome human networks look from a huge distance.

This beautiful shot is a nice little repartee to flat-earthers, but also a lovely image of space and Earth in relation. That glow might look like it could be the Aurora Borealis or some similar effect, but it’s actually just the atmospheric glow of the planet.

You can see the lights of civilisation at the bottom, elegantly juxtaposed against the starlight at the top of the frame.

Down to Earth with a bump

To round out our gallery we return to Earth, in the company of a Boeing CST-100 Starliner spacecraft. It’s just landed in White Sands, New Mexico, after a flight test in orbit, ready for further use.

It’s a great image that evokes memories of moon landings and exploration while actually existing on our own planet, and the NASA logo on the ship situates everything brilliantly. A nice final touch is added by the knowledge that the ship has been christened Calypso by its crew.

Apple Acoustics VP hints that Bluetooth could be holding back AirPods