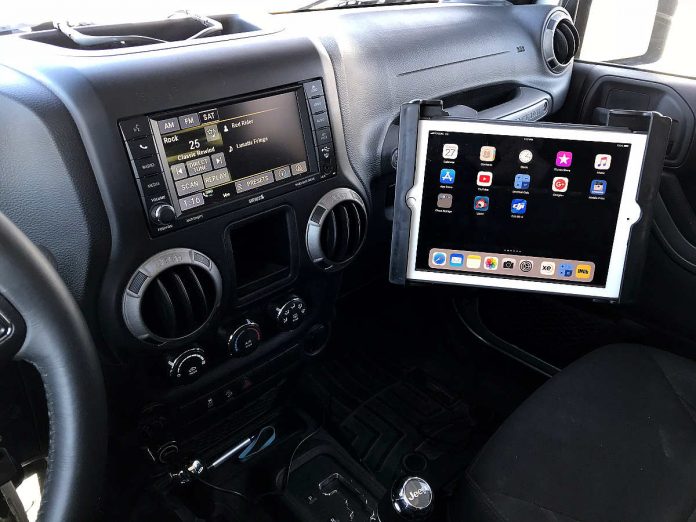 We’ve done the research and poured over the specs to bring you the best car tablet mounts on the market today with top rated security, viewing flexibility and ease of installation. Whether you’re looking for an iPad car mount, a Samsung tablet car mount or a flexible car tablet holder, we’ve put in the hours of research and consulted with professional drivers to find the best car tablet mounts for your needs and budget.

Our top pick, the iKross 2-in-1 tablet and smartphone mount, combines a secure mount for added saftey with a flexible 360-degree swivel head that lets you choose the optimal viewing angle for your smart device.

WHY WE LIKE IT: Universal compatibility and ease of installation make this an easy choice among car tablet mounts and car smartphone holders alike. It works great for anyone looking to securely mount a tablet or iPad in any car with a standard round, flat-bottomed cup-holder.

This iKross car tablet mount is secure and flexible enough to fit the iPad Pro, iPad mini, iPad Air, iPhone X / iPhone 8 or 8 + / iPhone 7/ 7+, Google Pixel tablets, Samsung Galaxy smartphones and tablets and many more. It stands out with its adjustable swiveling ball joint that lets you choose between portrait and landscape viewing orientation, as well as adjust to your optimal viewing angle. A stable, 10-inch swing arm gives you enough space to see your tablet screen clearly without interfering with car HVAC or radio controls, or blocking your car’s built in Nav and backup camera screen.

As a cup holder tablet car mount, it does have some of the limitations imposed by the location of your car’s cup holders. It requires flat bottomed cup holders, and in some cars these are nonexistent or located inconveniently for a tablets mount.

WHY WE LIKE IT: Why we like it: A cup holder tablet mount with a long 13” reach, it adjusts to fit most iPads, Google Pixel and Samsung tablets ranging from 7” to 10”. It’s handy for those whose cars have taller dashboards or cup holders mounted further back, since its extra reach allows your tablet to be placed at an optimal position.

This universal car tablet holder is a solid performer thanks to its 360-degree swivel and long 13” reach, which is somewhat taller than the arm of the iKross car tablet holder, our top pick. Like the iKross it fits a wide variety of tablets and is compatible with larger smartphones like the Galaxy S7 and iPhone X plus.

It does have the same limitations as most cup holder based car tablet holders, although with the longer arm it may offer a comfortable viewing position even for cars where the cup holders are placed way back in the center console or in some vans and SUVs where the cup holders are further below the dash than in smaller cars. It keeps tablets in place with a spring clamp and stays secure during most cornering and over speed bumps, although it doesn’t have a lock or a quick release feature. When at home you can use tablet floor stands.

WHY WE LIKE IT: A flexible car tablet holder and smartphone holder that goes in the CD slot of the dashboard to give you a natural, unobtrusive viewing angle. It’s great for drivers looking to use their tablet for navigation and works best for those who have cars with in-dash CD players and no OEM Nav or touchscreen controls.

This CD slot car tablet mount is designed for both smartphones and tablets. It attaches to the CD player “mouth,” via secure screw clamps and is strong enough to hold most smaller tablets up to about an 11” diagonal. It’s ideal for smaller, lighter tablets like an iPad Air or even for larger smartphones like the Samsung GS7 or iPhone X Plus.

One advantage of the CD player mount is that on many cars this gives you a better viewing position for the tablet screen. It’s especially practical in cars that don’t have an OEM navigation system, since it lets you place your tablet or smartphone in about the same position navigation screens typically use.
On the downside, this car tablet mount gives you fewer different mounting angle options than you get with a cup holder mount like our top pick, the iKross. It also, naturally, requires that your car have a CD player, which is something some newer cars actually omit. Read more about the best tablet computer.

WHY WE LIKE IT: A sturdy seat rail mount that extends 22” and works with tablets ranging from 7 to over 18 inches. This makes it easy to position it facing either driver or passenger sides, and it can even be mounted to the passenger seat, unlike most other car tablet holders on our list. It’s great for professionals and those looking for the most secure car tablet mount and who don’t mind bolting one in.

This seat rail tablet mount fits iPads and other tablets ranging from about 7 inches diagonal to just over 18 inches, meaning it should work with devices like the iPhone X plus, the Samsung Galaxy S7, the Google Pixel tablets and the iPad Pro. It benefits from a more stable mounting solution than with the cup holder mounts, with the tradeoff of a more involved installation. Unlike the cup holder mounts, like the iKross car tablet mount (our top pick) which you can simply pop into place, this seat rail mounted car tablet holder requires using a wrench to loosen and retighten the seat rail bolts.

That said, if you’re somewhat handy it’s not at all a difficult job, and it does give you some flexibility as to where you want to place the tablet mount. A 22” goose neck arm offers lots of viewing angles, making it easy to find one that doesn’t block HVAC, radio or factory navigation and backup screens. You may want to check out more car accessories.

WHY WE LIKE IT: A secure hold on tablets ranging from 7 to 11 inches plus a handy quick release feature make this a convenient car vent tablet mount. It’s great for those who drive cars where the cup holders aren’t conveniently located for a tablet mount and who like to carry their tablet with them and occasionally use it for navigation while driving.

This vent-mounted quick release car tablet holder fits devices from 7 to 11 inches diagonal, making it suitable for most smaller tablets and larger smartphones. It uses four secure clamping arms with a 360-degree swivel so you can easily switch from portrait to landscape mode according to your preference. It also benefits from a quick release feature, making it very handy for people who normally carry their iPads or tablets with them but also want to sometimes be able to conveniently use them for in-car navigation.

The drawbacks of this car iPad holder are mostly those inherent in its vent mount design– depending on the organization of your car’s dashboard, larger tablets may block HVAC, radio or factory display screens, and in some cases it may block the back up camera screen as well. Also, this mount isn’t compatible with cars that have rounded air vents. This will play nice with the best car subwoofer though.

WHY WE LIKE IT: A suction cup mounted car tablet holder that provides flexibility and the ease of installation. It’s great for those looking for a car iPad mount and who have cars where the cup holders, vents and seat rails don’t offer convenient places to install a car tablet holder.

This suction mount car tablet holder combines a 360-degree swivel neck so you can use your tablet in either long ways or upright orientation plus a 180-degree adjustable swing arm base, so you can mount the tablet holder either on your dashboard facing up or on your windshield facing down. It works well on most car dashboards, as long as there’s enough relatively flat area for the suction base to grab onto. For added security, the base comes with adhesive as well.

The Linkstyle suction cup car iPad holder works well in cars where the cup holders and vents don’t offer convenient positioning options for using a tablet as in-car navigation. It’s somewhat limited in its size range, being best suited for lighter tablets and those under 10 inches such as the iPad Air. Connect it to the best satellite radio for cars.

WHY WE LIKE IT: A universal car tablet holder for backseat use, mounts securely to front seat headrests. It’s great for parents and anyone looking to install a back-seat facing tablet holder, allowing back seat passengers hands free tablet viewing.

This is a car headrest mount tablet holder designed to mount securely to the car’s front seats and allow hands free tablet viewing for backseat passengers. While it’s less than ideal when it comes to navigation, for obvious reasons, it’s great for entertaining rear seat riders on road trips and allowing kids to watch movies and TV shows. The arms mount securely to the head rests and are adjustable for different sized headrest mounts. There’s a support stabilizer to help keep tablets secure on bumpy roads, and the holder has a 360-degree swivel so you can view your tablet in any orientation. Helpfully, there’s also a quick release button.

While it’s not compatible with every tablet on the market, it does have a pretty wide range, adjusting to fit tablets from 7-10 inches. It also fits the Nintendo Switch and Kindle Fire. You may also want to read about the best Cobra radar detector.

In order to choose the best performing car tablet mounts and dash mount kits for iPads, Samsung tablets and others, we highlighted standout models with a variety of different mount types, since the mounting location that works best for you may depend both on the make and model of car as well as on the intended use.

For all the car tablet holders on our list we narrowed it down to ones that offered a swivel feature so you could use portrait or landscape orientation, that could be installed without drilling, and that fit a range of tablets covering at least the most common tablet sizes of 8 inches to 10 inches. Some of the car tablet mounts on our list have a considerably wider range, such as the Akron seat rail mount (our #4 pick) which fits tablets up to as large as 18 inches. In addition, we limited our scope to tablet mounts that offer both secure fastening so that your tablet doesn’t come loose and cause a hazard while driving, and that have enough flexibility so as not to block major controls, again a safety concern with any aftermarket navigation screens or car tablet mounts. These days tablets are as common in the car as radar detectors.

The Most Important Features to Consider

Also why not check out: 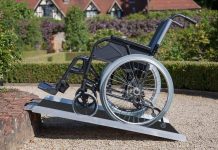 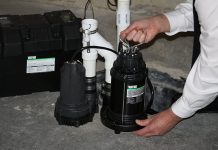 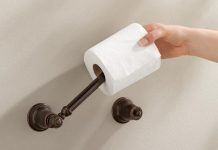 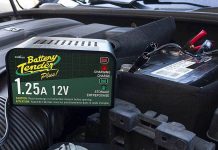 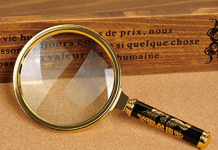 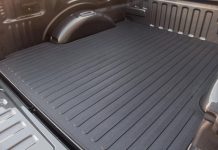 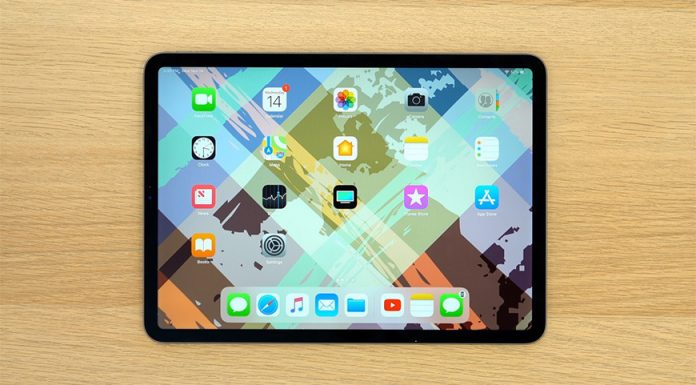 What to expect at Apple’s September 15 ‘iPhone 12’ event

What is AWS certification? – Android Authority