According to a brief overview of the series, “Dear” draws inspiration from the company’s “Dear Apple” advertisements that feature customers reading written testimonials about Apple products.

Cutler, an Emmy and Peabody Award winner, will executive produce the project for Apple. The documentarian gained notoriety for Anna Wintour profile “The September Issue” and most recently worked on the “Untitled Billie Eilish Documentary,” which is expected to debut as an Apple TV+ exclusive later this year. 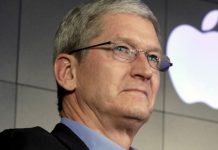