The first three episodes of Apple TV+ original series “Servant” are slated to debut on Nov. 28, with subsequent installments due to hit the fledgling streaming service weekly, Apple announced on Tuesday.

Like other marquee series, including “The Morning Show,” “See” and “For All Mankind,” the upcoming “Servant” will follow a weekly release schedule following a debut on Nov. 28, Thanksgiving Day in the U.S. The remaining seven episodes of the limited series will air every Friday.

Directed by Academy Award nominee M. Night Shyamalan, “Servant” follows a Philadelphia couple in mourning after a tragedy leads to a troubled marriage and “opens the door for a mysterious force to enter their home.” Tony Basgallop, a British Academy of Film and Television Arts nominated executive producer and writer, created the series.

After the release of an initial slate of shows, Apple has turned its attention to the promotion of “Servant,” the first major show to launch on Apple TV+ since the service debuted on Nov. 1. Over the past three weeks, the company pushed out four teaser trailers for the show. The most recent takes a closer look at “Jericho”, a lifelike baby doll that appears to play a central role in the thriller’s storyline.

Reports in early November indicate Apple TV+ is off to a solid start, with “millions” of users activating accounts to watch Apple’s original series, shows and movies. While an exact figure has yet to be announced, executives are said to be “very happy” with early engagement metrics.

Apple TV+ costs $4.99 per month, but customers who purchased an iPhone, iPad, iPod touch or Mac after Sept. 10 are eligible for a free one-year subscription as part of a limited time promotional offer. 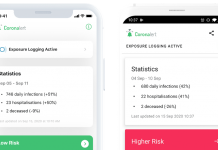 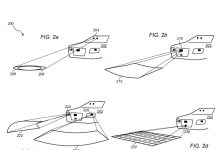 50 Incredible images of space like you’ve never seen before