Over the last couple months a swathe of dangerous applications have surfaced on the Play Store (Image: Getty • Google)

Earlier this month a warning was issued about 10 anti-virus apps available on the Google Play Store that are filled with dangerous malware, spyware and questionable permissions. A report was issued by security research firm VPNpro that claimed in total, these apps amassed a whopping 1.9 billion downloads.

So why exactly are these apps so bad? Well, VPNpro said the programmes used permissions agreed to during its set-up process to collect and sell a user’s personal data. It also noted malware could be spread using these permissions, too.

Even more worrying was the fact some of the apps in question were said to demand a payment before they’re able to be deleted.

VPNpro also found a further five apps that were said to be equally as malicious and boasted over 500 million combined downloads.

Here’s a full list of dangerous apps listed by the security firm. If you have any of them on your phone, it’s advised you delete them immediately.

While most of the apps listed above have been removed from the Play Store, some, such as Security Master – Antivirus, VPN, AppLock, Booster, remain on the Google marketplace.

Don’t think that’s all though because Google Android warnings have been coming thick and fast recently.

At the start of this month users were alerted to a free keyboard by the research team at Secure-D that was said to be capable of purchasing premium digital services without user permissions.

The keyboard, called ai.type Free Emoji Keyboard, was noted to have been downloaded over 10 million times before it was removed from the Google Play Store back in June. However, the app is still capable of conducting malicious behaviour if it remains on user devices.

These are just some of the apps Android users have been urged to delete recently (Image: WeLiveSecurity)

As a quick reminder, adware is software that displays or downloads advertising material, typically without user consent and sometimes without their knowledge, either.

In a blog post, malware researcher Lukas Stefanko detailed each app has been removed from Google’s store, but some remain downloadable on third-party app marketplaces.

All in all, the 42 apps were said to have amassed eight million downloads.

Stefanko named 21 of the apps in question and detailed the package names of the other 21 in a blog post.

Google is beefing up its Play Store security with a new partnership called the App Defence Alliance (Image: Getty)

They were said to be:

• Smart Notes for You

Android users should scour reviews for particular apps before they download them (Image: Getty)

And we’re still not done there. Back in September two more apps were discussed in a security report from Wandera – each was claimed to be filled with adware.

Named to be Sun Pro Beauty Camera and Funny Sweet Beauty Camera, the duo were noted to have been downloaded over 1.5 million times by Android users across the globe.

The duo were not only said to be filled with adware, but they were said to continue to run in the background – even if their shortcut is uninstalled.

Even more worrying was the fact each featured a permission that would allow them to “record audio at any time without user confirmation”.

Once again, these dangerous apps have since been removed from the Google Play Store. But it’s still worth scouring your phone to see if you have them installed.

Google is certainly aware that a swathe of dangerous apps are slipping through its current protections and making their way onto user devices.

However, it seems the Mountain View firm is working to actively curtail the issue with the creation of the App Defence Alliance.

Announced last week, Google is partnering with the ESET, Lookout, and Zimperium to fight against bad actors in its Android ecosystem.

The American firm said the App Defence Alliance is “working to ensure the safety of the Google Play Store” by “quickly finding potentially harmful applications and stopping them from being published”.

Google went on: “As part of this Alliance, we are integrating our Google Play Protect detection systems with each partner’s scanning engines. This will generate new app risk intelligence as apps are being queued to publish. Partners will analyze that dataset and act as another, vital set of eyes prior to an app going live on the Play Store.”

Although Google is upgrading the defences of the Play Store itself, there a number of actions users can take to avoid dangerous apps.

Express.co.uk recently spoke with McAfee Chief Scientist and Fellow Raj Samani about how individuals can protect their phone from malware and other malicious items.

He said: “We would urge Android users to continue to be diligent when it comes to downloading any apps on their device. Always check credibility through reviews left by other users to screen potentially dodgy apps and most importantly, ensure your cybersecurity solution also protects your mobile device.” 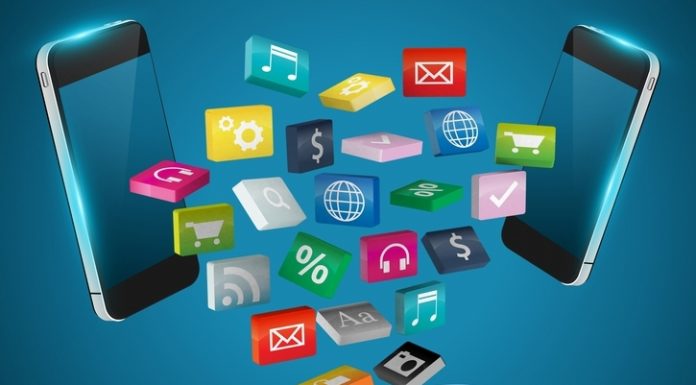 The future of mobile applications in India