LinkedIn’s reach in India has more than doubled in the last 20 months.

In August 2019, 15% of Indian smartphones had the professional networking app installed, up from just 6% in January 2018, according to data from Delhi-based market intelligence firm Kalagato.

“This could be a result of two factors: First there is greater product adoption amongst the target audience and second, many users who were previously using the web version are now switching over to the app,” said Aman Kumar, chief business officer at Kalagato. The company surveyed over 1.5 million Indian smartphones for this research.

Multiple experts told Quartz that LinkedIn’s newfound fame can be attributed to one of India’s biggest crises: unemployment.

“In a tightening job market, there’s been high demand for finding any job, not just better jobs. An increasing number of people who are laid off or facing impending closure of divisions or products—especially true of the media sector, but also of manufacturing, automobiles, etc.—are using LinkedIn,” said independent tech-policy consultant Prasanto K Roy. “There’s also the network effect of all those users.”

Worldwide, the Microsoft-owned platform has more than 660 million members. Of these, 175 million are from the Asia Pacific region, and India accounts for 62 million.

And, the untapped market opportunity is still immense. “Even for sophisticated companies, typically 20-30% of their employee base isn’t available on LinkedIn,” said Yugal Joshi, vice-president at Texas-based consultancy Everest Group.

Obviously, LinkedIn has been going all out to woo Indian users.

Most notably, in August 2017, LinkedIn launched a data-saver version of its website and mobile app called LinkedIn Lite. The “Made in India” product has now been deployed across 60-plus emerging markets.

Moreover, stars from various industries such as Paytm founder Vijay Shekhar Sharma and Biocon’s Kiran Mazumdar Shaw are active on the site. The country’s prime minister Narendra Modi is a LinkedIn Influencer, as is Bollywood superstar Priyanka Chopra.

The California-based company has also been very aggressive in promoting LinkedIn Premium in India, but there’s scepticism around its success. “It’s an expensive subscription and Indian job seekers may be put off by the commitment to a monthly subscription,” Roy, who previously worked with IT industry trade body NASSCOM, said. “Some even say the LinkedIn Premium tag makes them look desperate when connecting.”

Despite the growing user base, only a small chunk of users come back to the LinkedIn app time and again. Less than 10% of LinkedIn’s users are monthly active users (MAUs), Kalagato’s data show. By comparison, more than 60% of Facebook and Snapchat’s are.

But Kumar argues the low MAU rate is not a point of concern. “LinkedIn is a professional networking and jobs platform, therefore the use case is very different from other social networking platforms that are also a source of entertainment,” he explained.

What’s more important is that there is high product stickiness among users. Just look at the uninstall rate.

“Generally, users uninstall mobile applications due to reasons such as poor user experience, complex features on the application, lack of value, and so on. LinkedIn has managed to overcome such issues, as it offers a wide range of interactive features such as endorsements, connections, professional groups, job searches, etc. to its users,” TechSci’s Seth reasoned. “Additionally, it also has a simple and bug-free user interface.”

And unlike social media apps that are wrestling with each other for a user’s entertainment time, LinkedIn barely has any competition.

“LinkedIn has successfully established itself as a professional network focussed on professional aspects. It is actively promoting itself as a site that lists jobs and helps people find jobs,” said tech sector analyst Harish HV. “Content and AI are helping them localise and target users in India with specific inputs that are useful for working people.”

Moreover, it does not follow a standard, short photo-and-bio format like social networking sites. It’s a time-consuming process to sign up and create online resumes. For those already on the world’s largest professional networking site, there’s little incentive to sign up on smaller ones. And employers and jobseekers alike flock to where the masses already are. 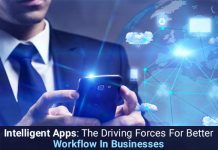 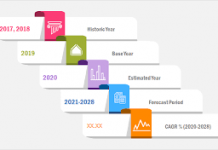 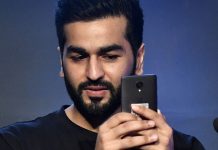 Unable to unlock gunman’s iPhones, the FBI (once again) asks for Apple’s help

How to open CSV files in Python