An application (also called App) is simply an informational program created to carry out or facilitate a task on a computer device. It should be noted that although all applications are programs, not all programs are applications. There is a multitude of software on the market, but it is only called App the ones which have been created for a specific purpose, to perform specific tasks. It would not be considered an application, for example, an operating system, or a suite, as its purposes are general.

Applications are born from some specific needs of the users and are used to facilitate or allow the execution of certain tasks in which a programmer has analyzed a certain need. But applications can also respond to playful needs, in addition to work needs (all games, for example, are considered applications).

It is often said that for each problem there is a solution and in computing, for each problem, there is an App. Naturally, the field of applications is so extensive and the functions so different, that numerous classifications have been created, according to various criteria, for example, depending on the use that is going to be given, we can have professional and personal applications. We can also have specifically designed applications for different systems, like Windows, Linux, Apple, Android, PC, Mobile, depending on the operating system or the platform we are going to use. The purposes can be business, sound, graphic, web editing, educational and even according to the branch of science in which they are used, we can say that there are Apps for engineering, telecommunications, mathematics, etc.

In general, an application is designed to be used with one or more operating systems, to some extent dependent on them. The applications can be from very small programs of just one line of codes to large databases of computer engineering, with thousands of hours of work behind. The size, however, does not define the success of an application. It must successfully cover the needs of the user.

The history of Apps is full of thousands
of great applications that have been replaced by much less elaborate ones
simply because they were faster, more intuitive, and more stable or fulfilled
their function better.

It has gone viral (when its user base
grows exponentially), and every person who has used this new application tries
to show-off a picture of themselves reflecting how they will look in a few (or
many) years from now. This is possible just by downloading the application to
your cell phone.

This application to become “old” has been downloaded more than 100 million times via Google Play, which is to say on phones with Android operating systems, allowing the application to take your pictures, real name, username and other types of data. FaceApp has become the new viral phenomenon of social networks, seeing how artificial intelligence transforms their face radically is the new Fad.

This application has different filters
and tools that with surprising realism, adds wrinkles, white hair, and other
features to modify our age. The application is available for free download as
mentioned on Android phones.

How does FaceApp work?

When entering the application we will
have to choose a photo to edit, for this FaceApp allows you to choose it from
the Smartphone’s gallery, from Facebook or its celebrity image bank. When the
photo has been selected, the application offers several editing options such as
smiles, makeup, hairstyles, and the famous age function. With it, we can both
age and rejuvenate. Once we have the image ready, we can download and share it
on different social networks. It should be noted that in the free version the
App will add a small watermark to the photograph.

This App has filters that consist of surprising effects with which we can obtain interesting transformations. In addition to increasing people’s age, FaceApp can transform you into the opposite sex, try new hairstyles or dye them in different colors, add smiles, apply makeup, get tattoos, change the color of your eyes or add mustaches or beards. On the other hand in the menu bar, we will find the Fun tab where the application allows us to test other types of effects, such as time travel where it will create a sequence of three photographs of the person’s appearance in the past, in the present and the future.

Since this application went viral it has incorporated interesting improvements, especially in the quality and realism that its filters are capable. The application was developed by “Wireless Lab”, a company based in St. Petersburg, Russia. Its director and CEO is the engineer Yaroslav Goncharov, who created the application and currently has more than 80 million active users 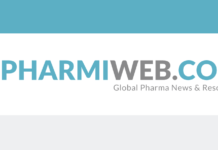 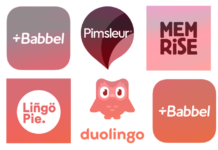 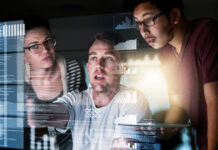 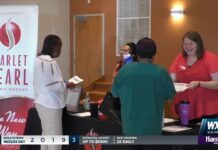 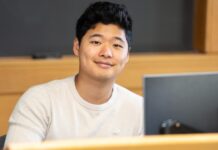