Millions of photos are uploaded to social media sites every single day. Whether it be pics of your holiday, a newborn baby or a night out with mates, our insatiable desire to share what we get up to is stronger than ever.

It’s the same with celebrities. Social media allows us to follow our favourites up close and track their daily lives. For every photo they post, we can like it or retweet to show our love for them.

We’ve tracked down the most popular photos from the big three social sites: Instagram, Facebook and Twitter, over the past few years. From them, it’s clear that more and more people are joining social media sites, as the number of likes skyrockets. They also show an affinity for a certain Kardashian/Jenner clan.

This is the very first photo to be uploaded to Instagram. Uploaded by founder Kevin Systrom on 16 July 2010, it has so far amassed just over 70,000 likes, but was by far the most liked photo the year it was published.

Justin Bieber, the best-selling male Canadian artist of all time, was responsible for the most-liked Instagram photo in 2011. It’s a pretty simple photo of the then-17-year-old Bieber making a face at a similarly baby-faced baby. It now has over 263,000 likes.

Louis Tomlinson, one fifth of One Direction, uploaded this picture of himself and fellow band member Zayn Malik at Halloween in 2012. It seems the band’s fans love photos of “Zouis”, as it now has over 1.1 million likes and was the most popular post that year.

Bieber reclaimed the spot for most-liked photo on 15 August 2013 with this post of him posing with all-round megastar Will Smith, or “Uncle Will” as Justin calls him. It now has just over 1.56 million likes.

The full social clout of the Kim Kardashian really took off with this post from her wedding to Kanye West on 27 May 2014. It was the most-liked picture of that year and has now been liked by nearly 2.5 million people.

Kim Kardashian’s half-sister, and mega-celeb in her own right, Kendall Jenner, took the top spot for most-liked photo in 2015. The caption is short and sweet, but it’s used to great effect, presumably promoting love and free spirit. It now has just under 3.66 million likes.

Selena Gomez has one of the most-followed accounts on Instagram with 156 million followers. It’s no surprise then that this post of her drinking some Coca Cola has now been liked by over 6.7 million people.

Within hardly any time at all Beyonce had 11 million likes Beyoncé has on this photo announcing her pregnancy. It was posted on 1 February 2017, meaning it has been liked nearly 92,000 times a day. We’d hate to have to clear all those notifications!

Beyoncé’s children are clearly a hot topic, as this photo of her with daughter Blue, gained her nearly 2.5 million likes in August 2015.

British supermodel Cara Delevingne is a popular poster on Instagram, and this photo for a Chanel advertising campaign has attracted nearly 2.8 million likes in just 11 weeks.

2.8 million likes in 11 weeks is nothing though, compared to the 4.6 million this Kardashian-West family photo has attracted in six weeks. Maybe it’s the rare sighting of a Kanye smile that contributed to all those clicks.

However, with nearly 2.5 million likes as well, Ellen’s photo is the most-liked Twitter post of all time.

Ex-US President Barack Obama posted this photo of him embracing his wife Michelle, hours after the election results in 2012 that would see him sworn into office for another four years. It quickly went on to become the most-liked Facebook photo of the year and now has just under 5 million likes.

Kylie Jenner, the youngest member of the Jenner family, proves she’s just as much of an Instagram star as her older siblings. This picture from her graduation in July 2015 for example has just under 2.4 million likes.

Cristiano Ronaldo, arguably one of the greatest footballers ever, is the most followed person on Instagram with over 180 million followers. This photo of him kissing the Euro 2016 cup attracted nearly 3.7 million likes.

Even for someone with a schedule as busy as Ronaldo’s, he still has time to spare to post photos of him and his son. 4.1 million people seem to like the fact he’s a family man.

It seems Cristiano didn’t want to let go of the European Championship cup, as he can be seen here clutching on to it on the plane home.

This team photo on Cristiano’s Facebook page proved incredibly popular, garnering 4.6 million likes. Portugal may have knocked us out of a few competitions over the years, but credit where credit’s due.

This slightly suggestive photo posted on Selena Gomez’s Instagram page in March 2017 is one of her most popular to date, with just under 7 million likes. The chrome detailing on the bike is rather nice, after all.

We all love a feel-good story, and we love to meet our idols. So it’s no wonder this photo of Selena meeting a young fan in August 2016 has attracted over 4.8 million likes. They’ll mostly be happiness for the fan, but we reckon more than a few of people that liked the photo are rather jealous.

But this photo of the happy couple, presumably on holiday, has performed much better. It was only posted six weeks ago yet already has 7.8 million likes. The public are clearly happy for them.

When she’s not raking in the likes on her own photos, Selena Gomez is helping out her fellow celebs. This particular photo of her with Taylor Swift, on Taylor’s Instagram page, is one of her most popular with 3.2 million likes.

We bet you didn’t expect to see hard man Vin Diesel on this list. But it seems the big guy has a soft side, and this picture of him with daughter Pauline, named after Vin Diesel’s Fast and Furious co-star Paul Walker following his death, has nearly 8 million likes on Facebook.

A photo tweeted out by former US President Barack Obama in August 2017 became “the most liked tweet of all time”. It’s a photo of himself smiling at a racially diverse group of babies. The caption was a Nelson Mandela quote (“No one is born hating another person because of the color of his skin or his background or his religion…”). Obama shared it during a controversial time in US history, when current President Donald Trump blamed “both sides” – white supremacists and counter protesters – for the tragic, racially-charged events that unfolded in Charlottesville, Virginia. At the time of writing, Obama’s photo had been liked over 3.6 million times and retweeted by 1.4 million users.

Beyonce shared the first photo of her newborn twins in July 2017. It was posted to Instagram with the following caption: “Sir Carter and Rumi 1 month today”. The photo got over three million likes in less than three hours, and at the time of this writing, has more than 10 million likes. 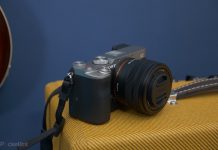 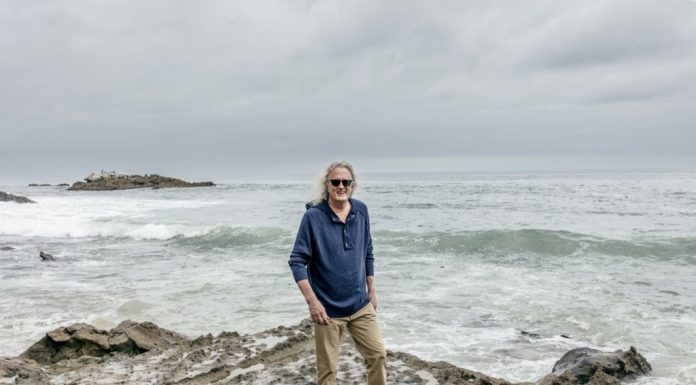 How to create non-game apps in Unity