If you’re an Instagram user, then you’ve probably seen holiday snaps in your feed and come across Instagram travellers showing off the wonderful sights you’ve never seen from all around the world.

If you can’t afford a holiday, can’t get the time off work or are too busy to even dream of such things, then these snaps can really rub it in. But what if you could see the world without ever leaving your house?

That’s what one Instagram user started to do when issues with agoraphobia led her to have a crippling fear of the outside world. Unable to leave her London Flat, Jacqui Kenny instead took to Google Maps to travel to faraway lands.

When she struck upon the idea of uploading the images to Instagram, she soon became an Instagram sensation and is now over 100,000 followers.

We’ve been through the Agoraphobic Traveller’s Instagram account to show you some of the best destinations she’s travelled to, all from the comfort of her own home.

A tree that casts a large shadow

Using Google Maps to travel to Sun City, Arizona, the Agoraphobic Traveller discovered this impressive street side view of a magnificent tree casting a large shadow over its sunbaked surroundings.

This is just one of many desert locales this Instagrammer has travelled to thanks to the power of Google Street View – probably a welcome change to the rain-soaked views of London visible through her flat window.

Boys and girls at football practice

In the foothills of Bolivia, a mixed-sex football team takes some instruction from their coach and prepares for practice in the sweet warmth of the summer sun.

Paddling pool in the street

Summertime in Callao District, Callao Region, Peru must get a bit toasty. This view shows kids splashing about in a large paddling pool in the street. A refreshing dip in the sweltering sun. A brilliant view from another part of the world enjoyed from a computer screen.

Staten Island after the hurricane

This image was captured in 2013 and shows the aftermath of Hurricane Sandy, one of the most deadly and destructive hurricanes of the time. Here we see the damage the hurricane did in Staten Island, but that same hurricane also did damage elsewhere. Winds whipped up to 115 mph, causing 233 people to lose their lives and damage totalling over $68 million.

A home in the sun

In Western Cape, South Africa, a man stands in the doorway to his home watching the Google Street View car passing by. A simple view of life miles from home.

The boy with the blue balloon

On a quiet street corner in the Western Cape, South Africa, a small boy can be seen blowing up a blue balloon. Small blue shacks can be seen behind him and the vast blue cloudless skies above.

Another shot from the foothills of Bolivia shows some workers at the side of a dirt track watching as the Google car passes them by. Dust roads and green hills can be admired in this area, without all the hassle of actually walking.

A lone horse is watching you

At the edge of the road, a lone horse looks befuddled by the car as it passes by disturbing his peaceful grazing. Not the usual Instagram snap of Rio De Janerio, Brazil you’d expect to see – no beaches or cocktails anywhere in sight.

This view shows the worn out roads of Mongolia, stretching off into the distant hills. This rural view would certainly require a long trip in order to see normally. Google Maps gives easy access to far-off lands with just a few clicks.

A herd at the petrol station

Nature meets man. This image shows a petrol station in Kyrgyzstan, Central Asia as a shepherd and his flock pass by the pumps on their onward journey.

At the edge of the road in Peru, South America sits a well-worn sports pitch. Not many sports fields have a view like this, with mountain ranges stretching off into the distance. Another hidden manmade beauty spot captured by Google for all to see.

Some cows check out the Google car as it drives by. These bovine beauties were snapped in Ulaanbaatar, Mongolia and show a standard roadside view not many of us would see on a daily basis. Though it would certainly make for a more interesting commute to work.

A family cooling in the pool

Another snap captures a family cooling off in a paddling pool at the edge of the street in Callao, Peru. No doubt a refreshing treat from the heat of the baking sun.

Kemerovo Oblast, Russia, some workers are seen digging outside a housing complex. An urban view from the depths of Russia you’re not likely to see elsewhere.

A woman walking with her cat

A woman can apparently be seen seemingly walking her black cat along the streets of Bulgaria. Snow-clad roadsides and rolling hills tell a chilly story for her and her feline friend.

A security guard taking some shade

A much warmer view shows a security guard attempting to cool off in the shade of a tree. Small and quirky domiciles can be seen behind him, a regular view on the streets of Celaya, Mexico?

A man and his birds

A much more rural scene from Belgorod, Russia shows some feathered creatures waddling down to the waters. A lone man seems distracted by something in the distance and completely oblivious to the passing Google car.

Cactus by the road

Where your average road might have a few flowers at its edge, the streets of Peru are a little bit different. These neatly placed Cactii seem to be waving at the cars passing by. Cloud covered mountains can be seen in the distance too. Quite a peaceful view.

Another cactus with a view – this time from the sun-baked desert of Florence, Arizona. This majestic cactus certainly makes for a smashing focal point of the barren surroundings.

This image is so brilliant it almost looks staged. A colourful car is parked at the edge of this road in Mexico and almost matches the houses behind it.

Just a man walking a cow

A snap of Kyrgyzstan shows a man walking with a cow following close behind. One of the Agoraphobic Traveller’s first photos. The caption reads:

“This is one of the first images I ever captured that got me excited about exploring the weird and wonderful world of Street View. It’s not my usual style but I really love the painterly feel of it. This was taken in the beautiful country of Kyrgyzstan.”

We hope you’ve enjoyed this selection of images. Be sure to check out the Agoraphobic Traveller’s Instagram account to see even more.

In an otherwise harsh surrounding, a lone bush hangs over a wall, adding beautiful colour to the area. The Agoraphobic Traveller has an eye for finding beauty in the most unusual of spots. All from the comfort of home.

Camels prancing in the desert

This wonderful view of nature captured by the Agrophobic Traveller while investigating the deserts of Sharjah in the United Arab Emirates. This view appears to show camels prancing in the sand, but they’re likely spooked by the maps car. Hopefully, no animals were harmed during the making of this image.

While virtually travelling around Baganuur, Mongolia, the Agrophobic Traveller found this large playground area, eerily abandoned like a small playful ghost town. Perhaps the sharks have scared all the children off. 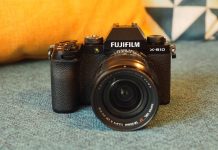