Starry, a wireless home Internet provider, says it has acquired enough spectrum to offer service to 40 million households in more than 25 US states.

Starry’s network already passes more than 1.5 million households in Boston, Washington, DC, Los Angeles, New York City, and Denver. Its first launch was in Boston in 2016. The company sells 200Mbps Internet service for $50 a month, but it doesn’t reveal how many subscribers it has.

To expand its network, Starry spent $48.5 million on spectrum licenses in the Federal Communications Commission’s recent 24GHz auction, as we previously reported. Yesterday, a Starry announcement provided more details on how the new spectrum holdings will be used to expand the network.

Today, Starry uses shared spectrum in the 37GHz band. Starry’s new, exclusive licenses in the 24GHz band provide about 200MHz worth of spectrum in each market.

Starry told us that it plans to build its network out to all of the markets where it won 24GHz spectrum, but it didn’t say how many years it will take. The company will announce some new markets later this year and continue building in new cities “through 2020 and beyond,” a Starry spokesperson told Ars.

Starry’s public statement that its network currently “passes” 1.5 million households includes all the apartments in any building that it could theoretically put an antenna on, even if Starry hasn’t yet been able to gain access to the building. You can check building availability at this link.

We asked Starry today if it plans to bring broadband to single-family homes in suburbs and rural areas; the company told us that its technology doesn’t work in very rural areas where houses are miles apart but that it does plan to offer service in some smaller towns. The company is planning a pilot for single-family homes later this year, it said.

Yesterday’s announcement says that Starry’s technology will be cost-efficient in “less densely populated markets” but didn’t offer any timeline for deployment to such markets. The ISP said:

Starry’s innovative fixed wireless technology combines its proprietary phased array antenna technology with MU-MIMO to efficiently deliver high-capacity bandwidth with superior propagation across the communities it serves. Starry’s unique point-to-multipoint design enables the company to provide gigabit-capable coverage to a community with dozens, not thousands of base station sites, at a cost of less than $20 per home passed. This technology advantage allows Starry to operate efficiently and maximize effective capacity in 200 megahertz of spectrum, and to bring its service to less densely-populated markets over time.

Starry mounts antennas on radio towers and skyscrapers to transmit signals to receivers at each served building. The receivers “plug into the building’s existing wiring to deliver Internet to the router in your home,” the company says.

While Starry says its network is “gigabit-capable,” the company advertises “up to 200Mbps speeds” and says it provides a little more than that in real-world scenarios. Starry publishes its customers’ average speeds each quarter—the latest numbers are average download speeds of 226Mbps, average uploads of 229Mbps, and average latency of 11.8ms.

Starry told us that it plans to pilot different prices and speeds, including gigabit, but it isn’t seeing a demand for gigabit speeds in its current markets yet.

No data caps or extra fees

Starry says it imposes no data caps and that the $50 monthly charge includes all taxes, fees, and equipment costs. It’s “commitment-free” with “no long-term contracts,” the ISP says.

The company also promises to follow net neutrality and privacy principles, saying that it doesn’t block or throttle legal content and applications, doesn’t “prioritize any content, application or service,” and does “not inspect and collect the contents of data packets that transit through our network.” 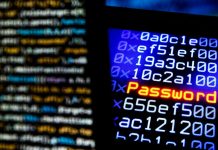 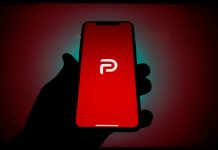 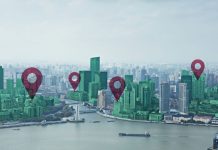 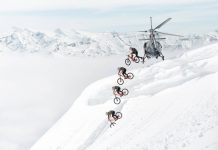