DJI has built something of a reputation for high-quality stabilisation systems, usually attached to the front of a flying device of some sort, but also handheld gimbals. In most cases, it involves a physical, mechanical stabiliser with two or three axes.

What’s interesting about its Osmo Action is twofold: one, it’s firmly planting a foot in GoPro territory; two, it’s using its stabilising knowledge to build a camera without physical gimbals attached, while still promising super smooth footage using EIS (electronic stabilisation) and an algorithm – similar to GoPro’s HyperSmooth – to smooth out any bumps.

Add that to the 4K HDR and 4K/60 capture, slow-motion, waterproofing and an intuitive user interface. Indeed, DJI might be onto a winner here – and all for a price that undercuts the GoPro Hero 7 Black.

The Osmo Action looks very much like an action camera – although there’s still plenty to differentiate it from the GoPro Hero 7, so it’d be hard to get it confused with the GoPro line of products.

First off, the DJI’s camera lens on the outside is circular rather than square, and has an attractive, ridged metal ring around it. It’s not only durable, but can be unscrewed to remove the lens cover from the front of the camera, which means if it was to ever break then you replace it with another.

As for the body of the camera, DJI has gone with a rough-textured hard plastic, not a soft-touch grippy finish. It’s not exactly a luxurious finish, but it does give the sense of durability, which is exactly what you want from an all-action recording device.

The Osmo Action’s battery lives on the underside, taking up most of the space on the bottom edge, and has two internal clasps holding it in place. Rather than have a cover that reveals the battery, the bottom portion of the battery becomes the bottom edge of the camera, ensuring as little space as possible is wasted, and that the battery is as big as can be.

DJI’s first attempt at creating a camera that’s easy to use is a resounding success. Its user interface and the dual-screen setup make it super simple. Even if you never read the user manual, within a few minutes you’ll have the gesture-based navigation system nailed.

Swipe left-to-right in the main viewfinder and you’ll get to the gallery. Swipe right-to-left and you’ll enter some basic control settings for whichever shooting mode you happen to be in. Swipe bottom-to-top and you can adjust the resolution and frame-rate of the video. Finally, swipe top-to-bottom to reveal a settings panel.

All of this is displayed on a wide ratio touchscreen on the back that takes up nearly all of the available space. This ratio means you get to see the full video frame in 16:9 aspect without any letterboxing or black bars anywhere.

But what makes the Osmo Action more convenient to use than a GoPro is the screen on the front. Rather than just place a tiny monochrome screen that only displays some basic information, DJI has equipped a colour screen that you can use as a viewfinder when shooting selfies or videos of yourself. It’s a square display, so you can either choose to have some heavy letterboxing and seeing the full video frame, or have the video fill the screen and crop a portion from view. Either way, it’s still better than not being able to see yourself and hoping the framing is okay.

There are also a trio of buttons, so it’s not just all touchscreen gestures: Power, Record/shutter and Quick Switch (QS). The first two are self explanatory, the last of the three is a really quick way to switch between the recording/capture modes. What’s more, you can choose which modes you want to appear in the QS menu, meaning you only have to cycle through the ones you want and can get rid of the modes you don’t use.

One of DJI’s biggest areas of expertise is stabilisation. Whether it’s the Big Ronin S handheld gimbal for DSLRs, the Mavic drone series, or the tiny Osmo Pocket, they all feature world-class stabilisation. In short: these devices are good at making your should-be shaky video look smooth.

With such a small action camera, however, it’s not possible to build in a three-axis gimbal, so DJI had to use electronic stabilisation and some artificial intelligence (AI) smarts. And the result is pretty awesome.

The feature is called “RockSteady”. Using what we can only assume is some form of dark magic, it turns shaky video smooth, almost as if you’re using an actual gimbal. It completely tunes out the jittery shakes you get from running or walking with a camera handheld, but just as importantly it makes any panning or moving of the camera smooth as well.

We tested it on our running route, just holding it handheld, and it does a great job of smoothing out the video, making it watchable, rather than the nauseating bouncing up and down you’d get from a non-stabilised camera.

We stuck the Osmo Action in Full HD mode at 8x (240 frames per second) for all of our slow-motion recording to get the maximum slow-mo effect at the highest possible resolution. Get the timing right and it still looks rather impressive – we’ve seen birds flapping in slow motion across a scene and long reeds waving slowly in strong wind. Sure, compared to the regular recording it does look a bit grainy and lacking in detail, but that’s expected at both a lower resolution and much higher frame rate.

Switch to still photos mode and things are fine – as long as you’re in good daylight and not too close to your subject. You’ll get decent, colourful shots. They’re not world-beating, but they’re good enough. Where this camera struggles is when the light levels drop and you’re close to what you’re trying to shoot. That’s because it is fixed focus, thus you can’t adjust where it should be focusing.

In all of our testing so far, the Osmo Action has been a solid and reliable performer, posing very few issues to overcome. The touchscreen on the back is responsive and the buttons are easy to use. The one area that we did struggle with is a bit of a gimmick anyway: voice actions. More often than not, the camera failed to respond to any of its preset commands.

As for the battery, it’s good enough. DJI claims up to 63 minutes can be captured, but as action cameras are often best used recording short bursts of video rather than whole long segments – after all, you want to capture the best bits of action, not just miles and miles of boring mountain path – it’s difficult to absolutely verify this. Plus, you’ll need a huge memory card capacity if you’re wanting to shoot an hour’s worth of 4K video at 60fps.

While we weren’t getting the full over-and-hour of capture, what we will say is that the bigger battery in the DJI does mean that it seems to go noticeably longer than the Hero 7 Black when shooting 4K. And as that’s the benchmark many will go by, that’s a score for DJI.

With DJI launching its first action camera, some might have seen it as a little foolish to go after a market place that GoPro has championed – and one that’s dwindling.

But we don’t think that’s the story here. DJI has a growing ecosystem of products, with drones and gimbals making up a big part of that. For those shooting outdoor action, this Osmo adds another weapon to that arsenal, and – for those with DJI drones and Osmos – it gives them another relatively inexpensive, handy and portable camera to slot into that workflow.

It might not sell billions, but for the DJI user who wants to stick in the ecosystem, it might just be that extra camera that enhances their creativity and lets them add another angle to their footage without having to have a finger in both the GoPro and DJI pies.

GoPro has been in the action camera game for a long time. In fact, you could argue that GoPro invented it, or at least popularised it. With the Hero 7 Black, you’ll get stable and stunning 4K video, HDR stills and all the bells and whistles you could want from an action camera. 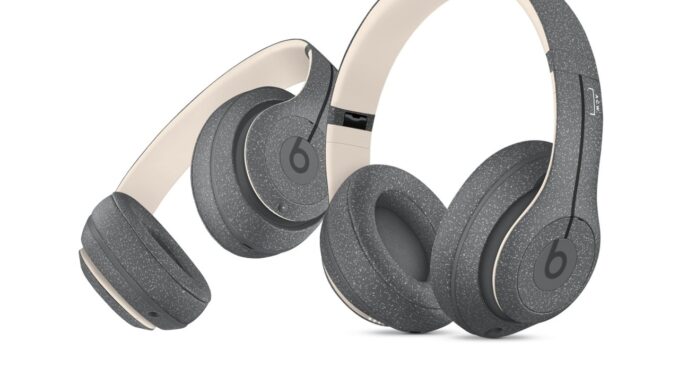