Google used its annual developer conference to pitch a different script to app writers. The company debuted the latest version of its core platform, Android Q 10, and with it a refreshed focus on privacy and security. This isn’t the newest tack for Google, as the company has made overtures about privacy in the past, but the company does seem to have a renewed interest in the subject.

Will developers play ball? Here’s how they can get into the game. Security breaches often get lots of attention from the media. Preventing those headlines (and the underlying breaches) may not be sexy work, but it is important work.

Google says Android Q introduced more than 50 features that improve privacy and security. Google hopes to accomplish this chiefly by giving people more transparency into and control over their data. User-facing features include incognito mode in Maps and easy access to web and app history.

Developers will find they need to adhere to new policies, such as scoped storage and limits on background app launches. Developers will further find they have limited access to device identifiers, need to transition to TLS 3.1, and should incorporate more passive authentication in their apps (think face detection.) Google believes is has given developers plenty of lead time to adopt to these new behaviors in Android Q.

Google announced Kotlin two years ago and it is now the fastest-growing developer language in GitHub. The company says all new projects should be started in Kotlin, rather than any other language. The upside here is speed.

The search giant says it has focused on productivity — as in, helping developers be as productive as possible. For example, using Kotlin means developers will have to write a lot less of their own code. Moreover, Google is targeting Kotlin with new JetPack APIs. These APIs will reduce development times and let developers get their apps to the Play Store faster.

Perhaps the most interesting of the new tools is called CameraX. CameraX supports a wide range of hardware and software features, such as optical zoom, bokeh, HDR, and night mode on various devices. Google claims CameraX supports 90 percent of existing devices and is backward compatible to Android Lollipop. The long game here is to improve the quality of native camera apps on mobile devices. Google I/O 2019 keynote: Everything you need to know!

@deletescape
Google I/O 2019 is upon us and one of the most important events is the first one. This year’s keynote has a lot of promise with expected topics ranging from a new phone …

Machine Learning has learnt a lot. Primarily, Google improved the Android Neural Networks API (NNAPI). This is the key bit of code that lets Google Assistant and other features make smart assumptions and predictions. What’s clutch here is that more phones have access to and can run the NNAPI. In other words, advanced speech recognition functions can filter down to lower-cost phones and benefit more people.

Processor makers such as MediaTek and Qualcomm are already seeing improvements. For example, the ML Kit face detection API is now nine times faster on the Helio P90 processor.

Last, developers should be happy to learn that the Android App Bundle is smaller, faster, and more stable. 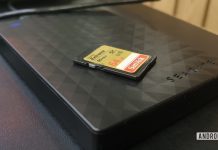 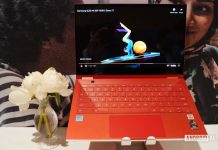 How to make Android apps with no experience: What are your options?

Apps must use iOS 13 SDK and support iPhone XS Max or later by...