In order to celebrate 60 years of NASA, the Google Arts & Culture Lab has created a vast visual archive. A collection of some of the best images captured by NASA for us to explore and enjoy.

Using NASA’s public API, Google has put its machine learning to work exploring a vast collection of historic photos dating all the way back to 1915. This archive includes 127,000 images that have been analysed and categorised for us to journey through.

We’ve put together a selection of our favourites to whet your appetite.

The business of space exploration requires a lot of resupply and maintenance work. This simple view shows a rocket lifting off to do just that – taking supplies and equipment to the International Space Station.

It’s not just rockets that NASA uses to get into space. Another regular form of transport is the Mothership. Over the decades, various B-52 bombers have been converted to carry small spacecraft for aerial launch.

These hulking great big crafts have been involved in air-launching some of NASA’s most advanced aerospace vehicles. The fact that these bombers can carry so much weight (70,000 lbs) makes them the perfect transport vehicle for other craft. The converted planes are also packed full of masses of monitoring equipment to keep an eye on both vehicles as they climb high into the sky.

This image shows one Mothership carrying NASA’s experimental unmanned hypersonic aircraft the X-43 nestled neatly under its wing. Easy to miss at first glance, but awesomely impressive once you spot it.

A much more impressive view of Mothership in action shows the X-38 prototype dropping away from its launch pylon on the wing. The X-38 is a crew return vehicle designed for the International Space Station and this kind of test flights ensure the craft is safe and ready for its job.

What gallery of images from NASA would be complete without a view of the Mars Rovers? This is a near identical copy of the NASA Curiosity rover that’s currently on Mars. That little bot landed on Mars in 2012 with the sole mission of determining the planet’s habitability.

After a couple of years on Mars, NASA’s Curiosity rover used its cameras to snap several selfies. These not only showed a snapshot of the landscapes of Mars, but also the condition of the bot during its travels around the planet’s surface.

We’re always impressed to see Curiosity’s photographs, not just because these are views from another planet, but also because it’s been on that planet for nearly a decade.

This incredible photo shows just how international the International Space Station can be. It shows a view of Japan’s third resupply ship, the H-II Transfer Vehicle-3, attached to the station in 2012.

The eagle-eyed among you may also notice the arm attaching to that ship is Canadian. It’s great to see the efforts from people all over the world to support these scientific adventures, not to mention the fantastic view of our blue/green home.

Not your usual piggyback ride

This incredible photo from 1979 shows the space shuttle orbiter Columbia catching a ride on the back of a Boeing 747 aircraft as it makes a 2,400-mile journey from California.

This space shuttle would go on to launch for its first space flight two years later and then continue on for a further 27 missions spanning 22 years. Alas, it tragically came to an end in 2003 when the shuttle disintegrated during re-entry killing all the crew in the process.

Soaring through the clouds

A fairly awesome photo from 2002 shows the Space Shuttle Orbiter Columbia launching off through the clouds on its mission to maintain and upgrade the Hubble Space Telescope. This was the Orbiter’s 27th fight and the 108th official flight of NASA’s Space Shuttle Program.

Another fantastic shot of the Columbia snapped in 1981 shows the shuttle touching down on Rogers dry lake at Edwards Air Force Base in southern California. This view is pretty special in itself, but it’s also the first NASA flight to end with a wheeled landing. It also represents a change to the future of spaceflight too.

This image from 2010 shows an unmanned resupply vehicle approaching the International Space Station. It’s bringing with it food, oxygen, propellant and supplies for the crew.

The view of the craft approaching is impressive, as is the entire process involved.

This shot shows the space shuttle Atlantis in 2010 during a resupply mission. The shuttle and the team were involved in the addition of a new station module to the International Space Station as well as a replacement of batteries and resupply of the orbiting outpost.

Buzz Aldrin on the moon

This classically iconic image shows astronaut Edwin E. Aldrin Jr. (aka Buzz) during the Apollo 11 extravehicular activity on the moon. The view here shows all the scientific experiment equipment with the Passive Seismic Experiment Package and Laser Ranging Retro-Reflector visible in the frame.

This photo was taken by astronaut Neil A. Armstrong, who used a 70mm lunar surface camera to capture the incredible scene. Meanwhile, astronaut Michael Collins, stayed with the Command and Service Modules in lunar orbit.

A backdrop of blackness

This view from 2007 shows the Space Shuttle Endeavour docked with the International Space Station against a backdrop of the blackness of space and our Earth’s horizon.

A nighttime view of Earth from ISS

This fantastic view of our home at night was taken by the crew of Expedition 43 aboard International Space Station in 2015. One of many awesome images of our world snapped from space.

The Northern Lights from above

In 2016, crew of the International Space Station captured this view of the Northern Lights (Aurora Borealis) from above. A fairly spectacular view of an already incredible light show.

A view of Earth taken from 3.9 million miles

In 1992, the Galileo spacecraft took this image of Earth and the Moon from around 3.9 million miles away. Both are apparently cast in darkness, but the Moon reflects a lot less light than our home planet. An incredible view that makes it look like we live on a marble.

The image of our planet was captured in 2014. It was put together using the Visible Infrared Imaging Radiometer Suite on the Suomi NPP satellite and shows a composite of several different images combined to give a complete picture.

The composite image of the eastern hemisphere shows our planet with a beautiful blue hue. It looks more like a marble than a home. The time-lapse video view of this image is also fairly fantastic.

At first glance this looks like just another photograph of the Moon, but it’s actually a shot if Mercury. This image was captured in 2008 and shows incredible detail of the surface of Mercury, a planet that’s a staggering 48 million miles from our home world.

An incredible view of the Space Shuttle Atlantis launching off from the Kennedy Space Center in Florida in 2009. Atlantis is one of the largest cargo carriers and this launch sent the shuttle skyward to resupply the International Space Station and return Nicole Stott to Earth after two months aboard the station.

In 2011, the Space Shuttle Endeavour took off for its final space flight launching from NASA’s Kennedy Space Center.

The Endeavour had seen a fair amount of action during its time – including 25 different missions with a total of 173 different crew members. It had spent 296 days in space and traveled over 100 million miles.

A marble view of Pluto

NASA’s New Horizons spacecraft captured high-resolution enhanced colour images of Pluto in 2015 as it passed by the planet. Meanwhile, the Chandra X-ray Observatory observed interesting X-Ray activity from the planet’s surroundings. These X-Rays appeared to be much more than a cold, rocky world should be able to emit, which lead to some debate.

A Moon with a view

In 2011, a full moon was photographed by the crew of the International Space Station with the Earth’s horizon and the blackness of surrounding space also making an appearance.

This view shows the Soyuz TMA-7 spacecraft approaching the International Space Station. A brilliant view of Earth and the vastness of space makes for a fairly spectacular backdrop.

A spectacular view of the Aurora Borealis taken over Canada in 2017. This magnificent image of the light phenomena is just one of the incredible sights of our world regularly spotted by the occupants of the International Space Station.

A vision of solar flares

In 2015, the sun emitted a mid-level solar flare detected by NASA’s Solar Dynamics Observatory which captured this image of the moment.

These sorts of flares represent massive bursts of radiation that our atmosphere protects us from. But they do interrupt communication signals.

See more images of the sun at NASA’s Visual Universe.

This colourful view of Mercury was crafted by NASA using images captured by the MESSENGER spacecraft. The MESSENGER (MErcury Surface, Space ENvironment, GEochemistry and Ranging) mission launched in 2004, setting out to study Mercury in more depth than before.

Of course this is not how the planet would look to the human eye, but instead represents an enhancement of the chemicals, minerals and physical differences of the planet’s surface.

Unmasking the secrets of Mercury

NASA’s MESSENGER spacecraft packs some powerful tech designed to help explore the distant planet. This includes the Mercury Atmosphere and Surface Composition Spectrometer instruments. These are designed to carry out spectral surface measurements and analysis of the mineral and surface materials of the planet. These measurements are visualised by overlaying the MASCS data with mosaics created by the Mercury Dual Imaging System to create this representation. Not just a colourful view of another planet, but also one that’s packed full of visual data.

The MESSENGER spacecraft actually crash-landed on the surface back in 2015, but not before collecting valuable data like this. 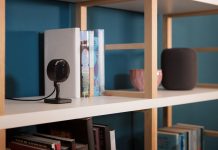 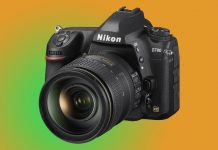 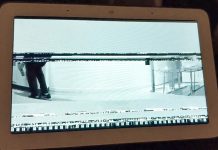 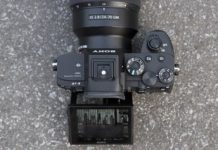 Here are all of the Apple retail store openings, moves, and remodels in 2018...